Who is the early favorite to win the Mayor's race? 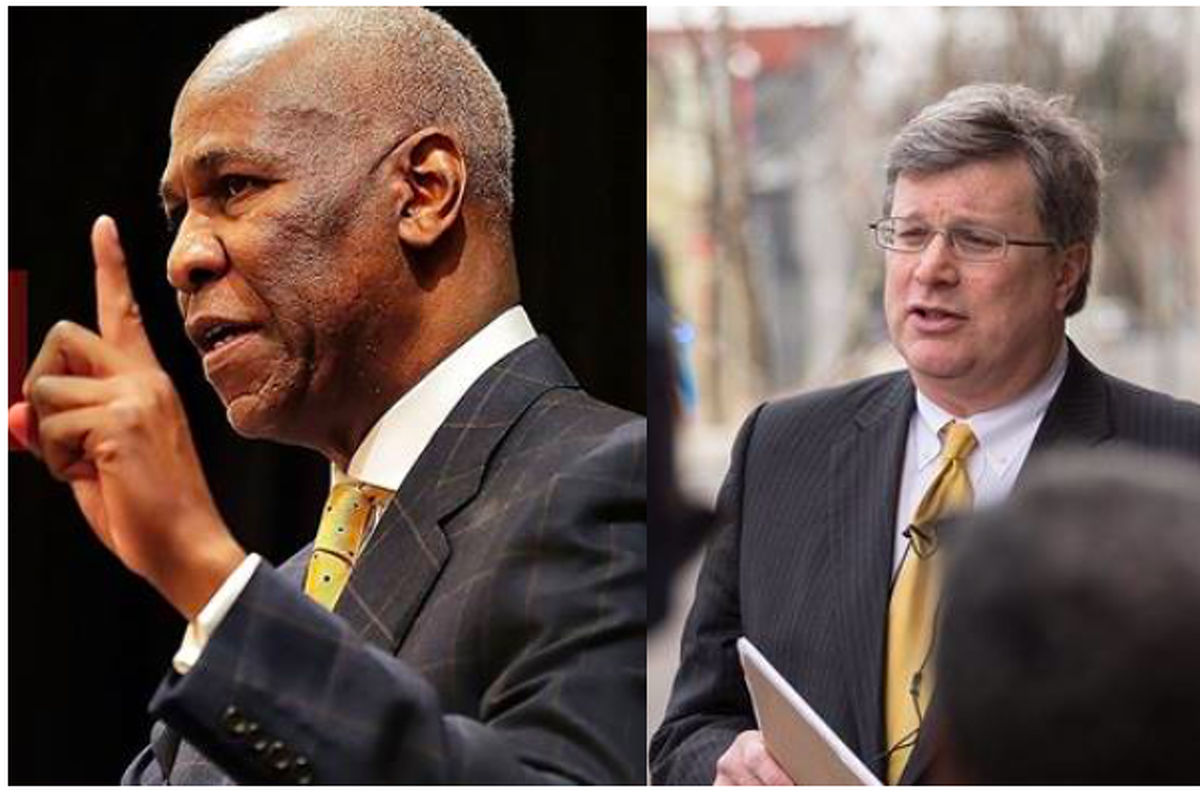 In one of the earliest polls in this election season, Memphis Power Poll members overwhelmingly believe that incumbent Memphis Mayor Jim Strickland would hold his seat if the election were held today.

When asked who (among the three high-profile frontrunners) would win the Memphis Mayor's race, results were as follows:

But when it came to whether or not Memphis voters should be able to use Instant Runoff Voting (IRV) in the upcoming October elections, responses were a bit more mixed. Here are the results:

When Power Poll members were asked if IRV should be implemented by October, results were as follows:

Throughout the Memphis region, the response rate for this survey was 19% out of 489 individuals polled. Responses were by email and were anonymous.

Our poll numbers showed that other frontrunners Tami Sawyer and Willie Herenton aren’t even close. They each polled in the low single digits here. But the election is still 76 days away and a lot can happen through the hot, humid dog days of a Memphis election season.

Much can change, yes. But one thing won’t change. Strickland won’t, somehow, misplace his $1 million political war chest. No, and he aims to use it, every bit of it. That’s what he told reporter Bill Dries on The Daily Memphian Politics Podcast earlier this month.

“I would be term-limited and this is my last race ever,” Strickland said. “Just like a ballplayer, we are going to leave it all out on the field.”

Words like that and a war chest to back it up would strike fear in the hearts of many a political opponent. But while Sawyer and Herenton can’t (yet?) match Strickland’s election cache, they have mighty political weapons of their own.

Sawyer rose from the grassroots, activist community, a central figure in the movement to remove Confederate statues from Memphis parks. When she announced her candidacy for a Shelby County Commission seat last year, many thought the move was way too early. But she silenced those critics with a swift victory.

Her messages of social justice and reform tapped into the power of a younger voter base. Many of those found Sawyer through another one of her political weapons — social media. Her campaign’s social apparatus is sophisticated and powerful. Consider that Sawyer announced her mayoral bid on YouTube.

Her focus on social justice issues contrasts Sawyer from Strickland and is a engine of her campaign machine. Her platform includes giving citizens a louder voice at Memphis City Hall, immigration reforms, sex education in schools here, and a plan to reduce infant mortality.

”City hall is ours,” Sawyer said in a Facebook Live event. “We have an opportunity to take control back and make sure the people we elect are doing it for everyone.”

If Sawyer is New School, consider Herenton the Dean of Old School. So far in this election, he’s leaning into the political strategies that catapulted him into the mayor’s office in 1991 and kept him there for 18 years.

On “Wake Up, Memphis!,” a show from the Memphis Police Association, Herenton laid out a campaign platform that included the economy, education, crime, and juvenile justice reform. But his real campaign currency is earned in brash, “tell-it-like-it-is” statements that are sometimes aimed directly at his opponents. That tactic was on display Wednesday when Herenton attacked the plans for a renovation of Tom Lee Park, which he called “asinine” and said it was Strickland’s intent to harm the Memphis In May festival.

“If there’s any question in your mind about me being elected mayor, you need to get it out of there,” Herenton said. “I’m coming back as mayor.”

But money isn’t the only thing Strickland has. He’s got a solid, four-year track record. He’s never proposed a tax increase and he adroitly executed his prior campaign promise to be “brilliant at the basics.”

The city’s paving budget, for example, is three times bigger than it was 10 years ago. Response times to emergency calls have fallen. The city is riding the economic upturn in a multi-billion-dollar wave of development projects, which calls to another familiar Strickland campaign slogan: “Memphis has momentum.”

“You have the power of incumbency,” Commercial Appeal reporter Sam Hardiman said recently on WKNO’s “Behind The Headlines.” “If you’re Mayor Strickland, you are the only candidate who can say, ‘look what I am doing for you right now.’”

If the three candidates remain on top during this hot election season, the game on election day will look familiar. Strickland will be the only white candidate, squaring off against a field of African American candidates. Some said his African American opponents — A C Wharton, Mike Williams, and Harold Collins — split the black vote here in 2015 and helped push Strickland to the mayor’s office.

”History is what it is in Memphis and there’s definitely been a racial pattern in terms of how people vote,” Ajanaku said. “There’s also been an evolution. When there was a racial pattern, people were still asking the question, ‘well, who are you and what can you do for us?’ There will be that element (in this election).”

As for Instant Runoff Voting, even its greatest advocates for it here don’t think it’ll happen in the October election.

In 2008 and in 2018, Memphis voters approved the voting system. It prevents runoff elections among top candidates that are held after typical, city-wide voting days. This, proponents say, allows elections here to be won by a sliver of Memphis voters and disenfranchises voters who may find it hard to get themselves to the polls.

Tennessee Election Coordinator Mark Goins said after the 2018 elections that IRV does not comply with state law and that IRV could not be implemented here this year.

Memphis City Council hopefuls Erika Sugarmon, John Marek, and Sam Goff filed a lawsuit in May to ensure the method was in place for the October 3rd elections, though.

They pushed for an expedited hearing on the matter last month but were denied. The next scheduled hearing for IRV is set for September and many don’t believe that will be enough time to implement the new voting system.