And the cause? Our astonishing growth.

A majority of Power Poll Nashville members believe that the economic rocket ship on which we are now flying is threatening the character, personality, and "soul" of the city.

In this single-question Power Poll survey, just under one-third of Power Poll members said they either "somewhat" or "completely" disagreed with the contention that growth was threatening our city.

Meanwhile, it is fair to say that this question blew up the "comments" section of Power Poll with a high-minded and enlightening discussion that touched on every possible angle of the issue. Obviously, the issue is top-of-mind.

Before we get to further analysis, here are the specific question and the responses:

How we can all better manage our health in 2022

We’ve entered a third year where COVID-19 remains a primary health concern on the minds of not only all Tennesseans, but practically everyone on the planet. We should remain vigilant and do our part to slow its spread. But we can’t lose sight of the everyday health concerns that are so often set aside.

During this past year, odds are you haven’t felt well and experienced symptoms that aren’t indicative of COVID-19. Whether it’s a nagging pain, persistent heartburn or even symptoms of a condition that runs in your family, you may have put off seeking diagnoses and treatment from your doctor.

Other priorities like child care and work — or as I see with many colleagues and loved ones, managing both at the same time — have a way of pushing preventive health care to the back burner.

While this mindset is logical in the moment, we mustn’t neglect our long-term health goals and needs, either. And a new year remains an opportune time to reassess and recommit to our health.

Resolve for yourself
Managing our health may feel like a self-centered endeavor, which could be why so many of us struggle with it. As both a doctor and a parent, it’s sometimes difficult to put myself first, even just to make time for exercise. Juggling careers and the needs of our families, particularly young children, requires a lot of bandwidth.

But accepting the necessity to focus on yourself — and letting go of any accompanying guilt — is a hurdle many of us must clear. From there, you can dive into your diet, exercise and other preventive care needs.

Your first step should be scheduling an appointment with your primary care provider. They can help you establish an overall picture of your health and set realistic goals.

If you’re one of the many Tennesseans who live with ongoing health conditions like diabetes or heart disease, a primary care provider can help you keep up with medications and routine screenings.

Routine steps like these can improve your quality of life for the rest of your life.

Of course, the cost of care is always a concern, no matter the illness or injury. And making care more affordable is one of our most important jobs as a health insurance company. For BlueCross, it starts with our provider networks and the discounts we negotiate for health care services.

We’ve also introduced a new option for Tennesseans. BlueCross members can visit one of the eight primary care clinics, opened through a partnership between BlueCross and Sanitas, in Middle and West Tennessee. These clinics make access to primary care more affordable and convenient.

Don’t forget vaccines
No matter where you seek care, your provider will likely recommend you get fully vaccinated against COVID-19 and the flu. It remains your best defense against severe disease. Vaccines continue to significantly reduce cases of severe illness and death. That matters as hospital bed availability has dwindled, due not only to the Omicron surge but also to staffing shortages.

Hospitals are reporting that their intensive care units are primarily filled with unvaccinated patients.

But even with the increased demand on the health care system, your doctor would prefer to work with you to prevent illness or help you manage a condition you already have so that don’t end up with an emergency situation. If they advise you get tested before coming in, remember that every household can now get free at-home tests through covidtests.gov.

I’m confident we will get through these difficult days. I also know we all want health and happiness for those who matter most to us. They inspire us to be our best selves, as well.

Our growth and its consequences appear to be a front-and-center issue for Power Poll members. We see the growth in the dramatically altered skyline, in the tall and skinnies, in the traffic, in the exploding prices for just about everything, in the arrival of so many low-tax seeking Californians and New Yorkers, including hipster musicians seeking publishing deals. We meet and greet coders and analysts and white-collar professionals whose firms have just relocated here. It is mind-boggling, this white-hot economy, which shows no signs of abating. For many, it is both exciting and concerning. Here are some recent, random stats:

• Our unemployment rate in the Nashville Area (Bureau of Labor Statistics) was 2.7% in December 2021, down from 4.7% a year earlier.

• Total employment in the Nashville Area (BLS) was up 4.7% from a year earlier.

• The data and analytics firm Stessa recently broke out economic growth in the large Metros in the U.S. for 2020. Nashville ranked number one, followed by Raleigh, Austin, Jacksonville, and Orlando.

• A University of Tennessee study released two months ago projected approximately 600,000 people moving to Metro Nashville in the next 20 years, with Davidson County projected to grow by 100,000.

• A Hoover Institution analysis out of Stanford recently reported that 25 California corporate headquarters moved to Tennessee from 2018 to 2021.

• Local sales tax revenues are booming. Axios noted in January that "Nashville has blown past sales tax projections despite the pandemic, raking in over the last 18 months $174 million more than anticipated."

• Very much on the downside is this, according to a January WPLN report: "Nashville rent prices have jumped nearly 19% since 2020."

How we manage all this growth from a governing perspective is arduous and complex, though it can be accomplished. How do we provide the essential services that are the responsibility of local governments—public education, law enforcement, infrastructure (water, sewer, transportation, trash pickup). How do we assist those in our community unable to assist themselves, an issue which might more broadly fall under "income inequality?" And finally, how does Democratic Nashville keep the wheels on when it and Republican leaders in the state are at such bitter odds?

Aside from this nuts and bolts angle, let's keep the question we asked Power Poll members in the realm of the theoretical. Let's discuss whether the soul, character, personality, and demeanor of our city are being altered by all this growth.

First, one asks, what is the threat we are talking about? The threat, as I see it, is that in-bound mega corporations (Oracle, Amazon, and maybe Facebook one day soon, and then a Google or God knows what) will bring in their tens of thousands of six-digit income employees who will purchase homes outside the county and view Nashville as little more than an office building address where they pick up a paycheck before zipping back home to some suburban county. The fear is the new breed of C-suite corporate arriviste will bypass the civic discussion that takes place here, avoid our vibrant nonprofit sector, and fail to contribute and give back.

At risk are our values. If the newcomers are indeed commuting interlopers and nothing more, Nashville's intrinsic values—its soul, in other words—might very well be overwhelmed by this new breed of resident. What are those values? We are friendly. We smile. We're largely tolerant. We're curious. (Thank you, local universities.) We work hard. We pay back. We get involved in nonprofits—in fact, that's expected. We engage with the public life of the place. We rally in disaster, rejoice in victory. Churches and places of worship are on every corner. It's a small, big city, where more often than not people know whom to do business with, and who not to do business with.

This is who we are. Or at least who we THINK we are.

AllianceBernstein's Jim Gingrich, who shepherded the company's move to Nashville from Manhattan, said on the previously mentioned Leadership Nashville panel that when he was looking at Nashville as a destination for his company, he was struck by how viscerally Nashville appreciated the notion of "paying forward," or "giving back," to the community. Yes, the idea of not having a state income tax for his employees was a clear draw. But once the full hug of Nashville's civic health became evident, he was sold.

Will we lose our values? Will the New Yorkers and Chicagoans and Californians moving here pancake the value structure of this place? Or are the institutions and culture of this place strong enough so that we can grab the newcomers as soon as they arrive and systematically indoctrinate them into our own time-worn ways of doing things?

As longtime businessman and civic leader Dennis Bottorff noted in the Comments section, our city's ability to embrace new residents has made it so attractive for a very long while. But, he added, "if people relocate and bring with them a sense of entitlement instead of caring, then what has made Nashville so attractive will be lost. I worry about it."

Among Power Poll members, there seemed to be interest in getting to work. Farzin Ferdowsi, president and CEO of Management Resources Company, said, "It is up to us to welcome them and show them the way of life in Tennessee." Or, as David Bohan, chairman of Bohan Advertising, said, "The soul and culture of Nashville will only change if Nashville originals allow the change to happen."

I would argue Nashville needs a lot right now. But the best place to start may be to start where this question leads us. Obviously, Power Poll members think we need to recognize, strengthen, and pass along our community's values so that the growth doesn't overwhelm our city's soul. In fact if we strengthen the city's soul, as it were, then the hard work facing us in public education, law enforcement, infrastructure, and income inequality may be that much less difficult.

I'll conclude with a forward-looking comment from Janet Miller, CEO and Market Leader at Colliers: "I believe that it took a lot of hard work by many of the folks on this chain to propel the city to where it is today. I also believe it will take that same kind of leadership—from the public and private sector—to continue to shape 'what we want to be when we grow up' for the next 20 years. Yes, the issues are more complicated and difficult. But the fact that we are having this conversation is a great, great thing. That's where the visioning begins." 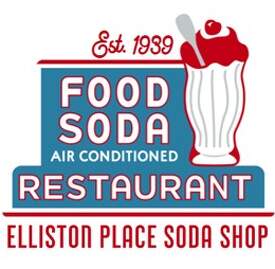