Davidson County District Attorney Glenn Funk's approval ratings are OK, not great, but they are almost double his disapproval ratings among Power Poll members (51% to 27%), who overwhelmingly predict he will be reelected.

Other findings from this month's Power Poll, which focused on the DA headliner in the upcoming May 3 Democratic Primary as well as the standing of the mayor and Metro Council among the city's influencer class:

• Current Mayor John Cooper's disapproval ratings exceed his approval ratings by 4 percentage points (46% to 42%) among Power Poll members, with the remainder undecided. Not the best of news for the mayor as he gears up for an expected reelection bid. But much can happen in the next several months and the voters will ultimately decide.

• As to approval ratings for Metro Council as a whole, 42% of Power Pollers approve of the job our city's legislative body is doing, while 35% do not. That's not a big margin, but not bad, really, when you consider Metro Council has historically been the city's punching bag.

• And finally, as to our PERSONAL FINANCE QUESTION OF THE MONTH: The vast majority of our home-owning Power Pollers say their home's value has risen considerably in this frothy real estate market, but they aren't in a mood to sell. That's because they feel there's still more appreciation in their home's value to come. (Or they just like their house and don't want to go through the hassle of packing.)

Here are the specific questions and answers in this month's Power Poll:

CONTEXT: THE DA'S ELECTION AND GLENN FUNK IN GENERAL

Early voting is now open for the May 3 Davidson County Primary Election. Because Democrats win overwhelmingly in Nashville, the primary amounts to the general election.

On the ballot are a slew of races for various judgeships, Metro's district attorney, the school board, the public defender, the county trustee, various county-elected clerk positions that support the courts, and others.

The most high-profile of the races has been the contest pitting incumbent District Attorney Glenn Funk against two challengers. Funk has taken the race seriously—he has advertised heavily, promoted his liberal bona fides non-stop, and lined up literally dozens of well-known community figures who have been appearing in an emailed "ENDORSEMENT ALERT" that has left no stone unturned. The steady drip-drip-drip of backers ranges from gay activists to state lawmakers to well-known African-Americans. My personal favorite—Polly's service station, where I have been getting my car worked on for three decades—has lent an air of inevitability to his campaign's success.

Elected in 2014 with enormous support in the black community, Funk veered erratically in the early part of his tenure, clashing often with former police chief Steve Anderson, filing a $200 million libel suit against broadcast reporter Phil Williams, and then drawing criticism for the excessive zeal with which he went after former Mayor Megan Barry, whose affair with her bodyguard involved relatively small expenditures of public funds. Many encouraged Funk to just let Barry resign and end all the misery, but he drew things out and had her confess before a judge to felony theft charges.

Funk seems to have stabilized a bit, and in our reliably blue city, he has staunchly positioned himself on the left side of the prosecutorial job description. Take pot smokers—fear not, you will be just fine if you're holding a small amount. Or consider what happened after the Legislature passed a bill requiring businesses and government facilities to post a sign if they let transgender individuals use their bathrooms. Funk said he would not pursue charges against those refusing to hang the signs. Funk's office has created a Conviction Review Unit, which was recently profiled on CBS Sunday Morning, for investigating and reversing wrongful convictions. And so, he has built a solidly liberal rep.

Funk has qualified opponents—federal prosecutor Sara Beth Myers and former assistant district attorney P. Danielle Nellis, both of whom are trying to out-progressive the progressive incumbent. Power Pollers, however, don't think they're making much progress.

First, let's discuss what Power Poll members think of Metro Council. On the whole, they like it.

For starters, our Council is probably the most left-of-center it has ever been in its history (although it still counts several conservative stalwarts among its members). More importantly, it has some smart, hard-working, tireless policy wonks who, at low wages, have been thoughtful and diligent in their jobs.

It's not just Freddie O'Connell and his must-read newsletter that he publishes on the day Metro Council meets, or Bob Mendes' blog that gets way in the financial weeds on issues like a new Titans stadium or the Hickory Hollow Mall purchase. There are a bunch of good members, and as unwieldy as it can be to have a 40-person legislature, ours is working fairly well.

Not far away from the Council chambers, however, is our curious mayor, who has a short cast of credible candidates lining up for a possible run against him. Incumbent mayors historically are near-unbeatable, but some while ago any pretense of invincibility that might come with Cooper's incumbency just drifted away. Bear in mind, however, he has not announced he will seek reelection.

Former MDHA senior executive Matt Wiltshire, nonprofit impressario Hal Cato, and former AllianceBernstein executive Jim Gingrich are all exploring candidacies. All bring an air of sociability and friendliness that has been weirdly lacking in the current regime. All are bright, accomplished, relatively centrist.

With the race still a year away, now is the time when Power Poll members—as opposed to the general public—begin taking this stuff seriously. The results of this poll show that with Cooper signaling some degree of vulnerability, at least in the minds of Power Poll members, someone has a credible shot at trying to take the job from him. 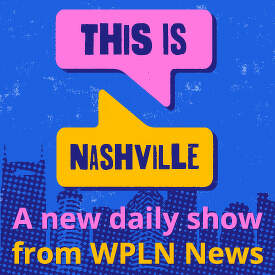 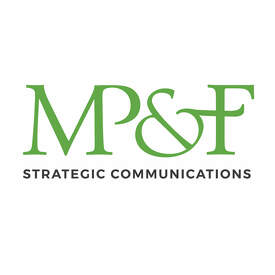