They say experience is the best teacher. It's also the best superintendent.

As the search for a new superintendent of Memphis-Shelby County Schools is picking up steam, Power Poll Memphis members know exactly who they are looking for: An experienced school administrator -- preferably, someone who has experience as a public schools superintendent somewhere else.

More than two-thirds of the members who responded to January's Power Poll chose "experienced public schools superintendent" or "experienced administrator" as the most important qualification for the next MSCS leader.

Experience here or elsewhere is an issue in the search.

The district's previous two superintendents, Dr. Joris Ray and Dorsey Hopson, were chosen from within the ranks of the MSCS administration.

In November, the Memphis Area Chamber asked the school board to "make sure this national search is above reproach from any criticism – just or unjust – that it was delayed to give an unfair advantage to local candidates."

Two-thirds of Power Poll members strongly or somewhat agree with that admonition.

Nearly all Power Poll members also agreed with the Chamber's push for the school board to establish a "rigorous timeline" for the search.

The board has done that.

Earlier this week, the school board identified four search firms that had applied to lead a national search to replace former Supt. Joris Ray, who resigned under a cloud in August. Toni Williams, the district's CFO, was named interim superintendent.

MSCS Board Chair Althea Greene said the board is expected to hire a search firm at its next business meeting Jan. 31. Greene also said the board hopes to hire a new superintendent before the end of this school year.

Meanwhile, the board's local advisory committee will hold its first public meeting this afternoon, Friday, Jan. 20, at 4 p.m. at the Board of Education Auditorium.

The board has been gathering more public feedback through community meetings and online surveys. The surveys can be found at mscssupersearch.com and close Jan. 22. 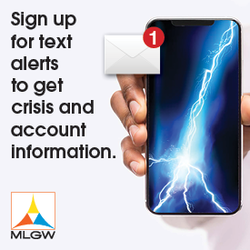