Overwhelming numbers of Knoxville Power Poll members say the pandemic has negatively affected their businesses or non-profits, with over half describing the effect as "significant." A large majority is uncomfortable opening or resuming on-site operations for their organizations at this time. Members expect more shutdowns in the future, do not feel safe dining in a restaurant, and won't be flying commercial any time soon.

The degree to which Power Poll members' organizations (both for-profit and non-profit) have been negatively affected is dramatic. Over five in ten members in Knoxville, and over four in ten in the state as a whole, are experiencing "a significant negative effect." Over two in ten in Knoxville are experiencing a "slightly negative effect." Those responses are alarming evidence of the severe economic repercussions of the pandemic. Power Poll members include a number of CEO's of private and public businesses, Chamber of Commerce heads, and influential private sector actors. In answering this question, they provide an extraordinary insight into this economic calamity.

Looking to the future, with respect to how we re-open and restructure our individual workplaces, it would appear that the changes many organizations have introduced might be long lasting. Only about one-third of respondents in Knoxville would be comfortable re-opening their organizations according to old, pre-pandemic practices. (That figure is about one-fourth statewide.) Many have speculated that the pandemic will usher in permanent changes in the way we use office space and report to work. Power Poll responses indicate that about one-third believe their organizations "will continue indefinitely" with staggered work-flows, tele-commuting, and probably a whole lot more Zoom.

The future is precarious. In every county in the state, residents have experienced some measure of restrictions in terms of how we gather, with the urban areas taking more severe measures owing largely to population density and interventionist mayors. Judging by Power Poll members, such measures are not over. A whopping 78% of Knoxvillians say that they expect more shutdowns, full or partial, because of what they see will be ups and downs of the virus continuing to spread. In terms of all Power Poll members statewide, that number is identical—78%. Basically, members predict we will have more recurrence and retrenchment.

Two relatively personal questions were attached to the survey, to gauge how our Power Poll members are engaged in going about their lives. First, do members feel safe in dining in a restaurant? Just over a majority in Knoxville—53%—say no. Statewide, that number was 61%. The economic damage done to this sector of our economy will be significant.

As far as returning to crowd-heavy activities, we asked which activities members were most likely to avoid. The answer among Knoxville Power Poll members was airline travel, at 36%. Statewide, attending concerts received the most votes.

Perhaps prophetically, Power Poll members do not appear to have much concern about returning to our institutions of faith for spiritual nourishment. Only 3.67% of Knoxvillians say they will wait a while before returning to services at their church, synagogue, mosque, or other institution. 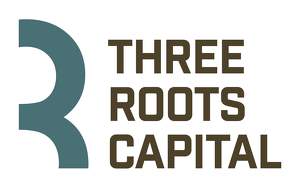