Infrastructure and transportation are major concerns in this month’s survey of community leaders. 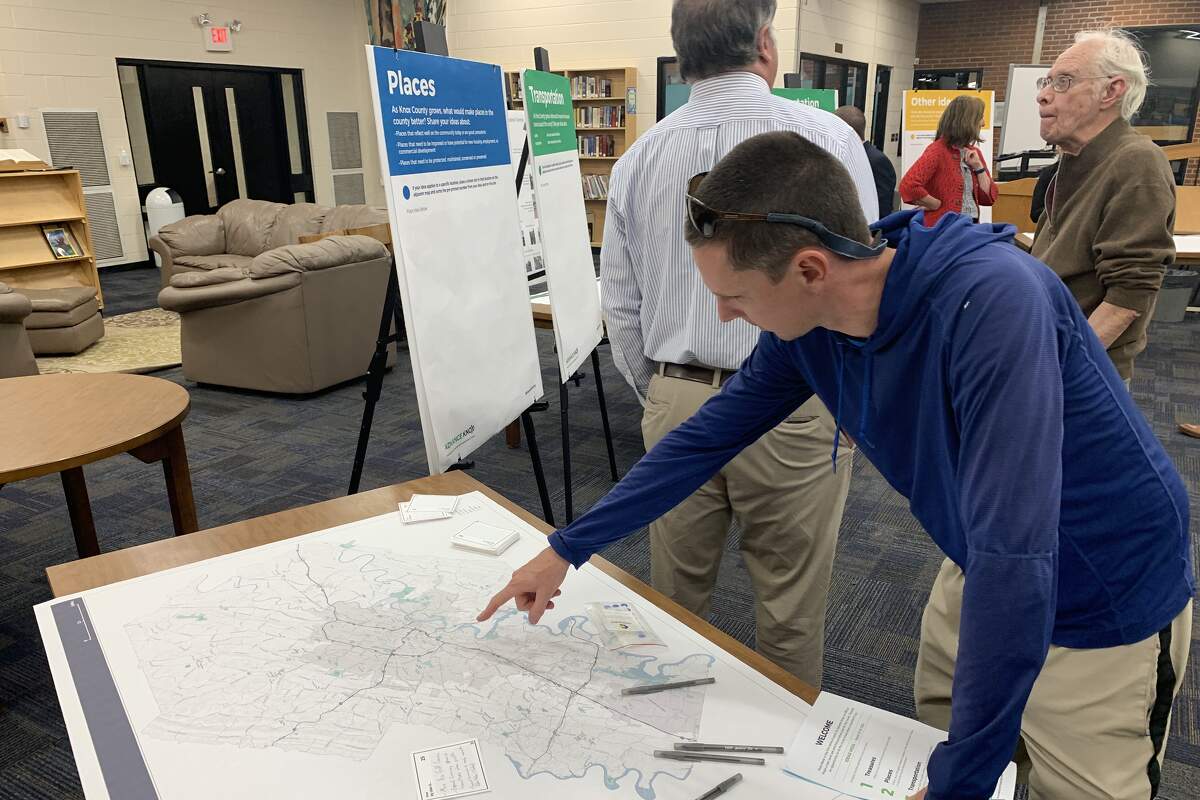 Growth, development and transportation factor into many of the challenges and opportunities facing Knox County these days, from a crunch in the housing supply to overcrowded schools and rush-hour traffic jams. Knox County and the City of Knoxville have undertaken public planning processes aimed at addressing some of those concerns. This month’s Power Poll of community leaders showed a lot of interest in the issues, and some definite opinions — but little direct engagement in the efforts.

Knox County’s ambitious Advance Knox process is by far the larger of the undertakings. At the direction of Mayor Glenn Jacobs and County Commission, the Kimley-Horn consulting firm is working with Knoxville-Knox County Planning to update the county’s General Plan for the first time in nearly 20 years. The new plan will look at what kinds of growth are most appropriate and desired in which areas of the county, and how to provide the infrastructure necessary to support it.

Protecting quality of life for existing residents and communities is a major focus as well. The process also includes an updated transportation plan for the county, looking at the capacity of road networks and identifying needs for improvement or expansion.

After a series of community meetings, the Advance Knox team issued a summary memo highlighting values and priorities identified by participants. They include a desire to “protect rural and unspoiled natural land,” while creating “concentrated ‘village’ development with a mix of uses” in areas that can support it.

The next step in the process will be the presentation of draft recommendations this fall, with another round of meetings to solicit public feedback. Respondents to the Power Poll said they favor a balanced approach to growth — 55 percent said the top land-use priority should be “Allowing growth only after sufficient infrastructure is in place.” Another 23 percent said their chief concern is “Encouraging more residential development,” while 12 percent said, “Preservation of rural/agricultural lands.”

As for transportation priorities, 39 percent cited “Building new or widening existing primary roadways” as number one. That was closely followed by 31 percent who favored focusing on “Exploring public transportation options” — which are currently severely limited outside the City of Knoxville. And 22 percent said the top priority should be “Expanding infrastructure for pedestrians and bicyclists.”

Speaking of public transportation, Knoxville Area Transit is in the midst of its own planning update, through a process called KAT Reimagined. It has also solicited public input on how to improve its service, including routes and hours of operation.

Twenty-seven percent of Power Poll respondents said the top priority in the effort should be “Expanding the KAT service area and providing more routes,” and 10 percent favored “More frequent service within the current KAT service area.” However, 55 percent said those two efforts should be equally weighted.

It’s not too late, however. You can still submit comments on Advance Knox here, and on KAT Reimagined here.