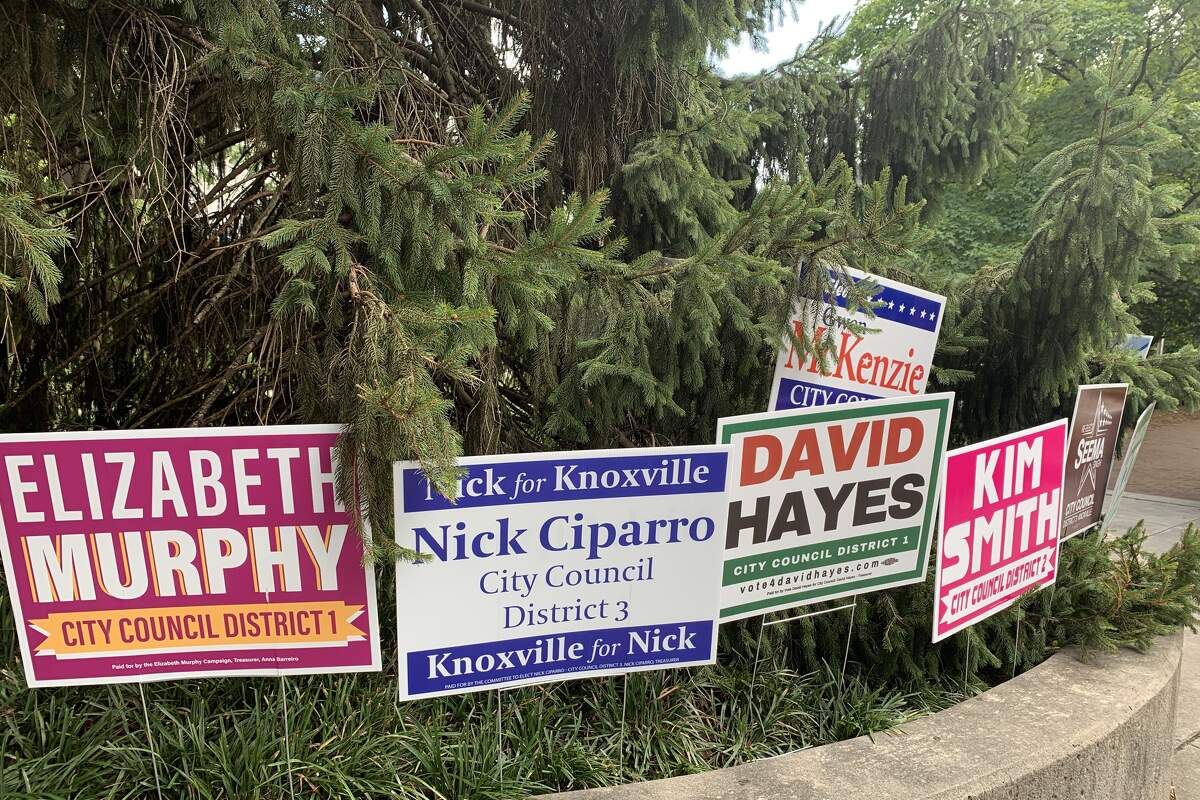 This year’s Knoxville City Council contest is the most partisan-driven city election in memory.

Respondents to this month’s Power Poll, however, overwhelmingly reject the idea of doing away with nonpartisan city and school board elections, though a slim plurality say knowing a candidate’s party affiliation can help them decide how to vote.

Free, Virtual Event Features Thought Leaders From Across the State

The fourth annual BlueCross Power of We Workforce Diversity Conference will be held from 9 a.m. to 1 p.m. ET on Oct. 4 and 5.

BlueCross provides this free, virtual program with thought-leaders from across the state to discuss workforce diversity topics that can help you build a more successful business. This year’s virtual conference is an opportunity to discuss critical issues with dynamic speakers and impactful interactions with peers.

Spots fill quickly, so secure your place by registering now.

Presentations and panels will cover:

The Power of We conference is open to leaders in your organization striving to create a stronger and more inclusive culture of engaged employees.

Register today to join The Power of We!

BlueCross again recognized as one of country's best employers for diversity

Six Tennessee Students Each Receive $10,000 BlueCross Power of We Scholarships

In Knoxville, the parties have always played a behind-the-scenes role in city elections, and many astute observers know the political allegiances of the candidates without having to be reminded by an “R” or a “D” beside their names on the ballot. Overt partisanship, however, is not the norm.

Party affiliation can be a factor, even in a nonpartisan election. This month’s Power Poll results show nearly 49 percent of the respondents said they find knowing a candidate’s party affiliation to be helpful when going to the polls. On the other hand, 45 percent said party labels had no effect on their choices.

Newly elected Knox County Republican Party Chair Daniel Herrera has made gaining a majority on City Council a priority. The local GOP recruited and backed challengers in each of the five Council races in the primary, and all five made the general election runoff by finishing second.

One of the goals of the GOP effort this year is certainly to let voters know the candidates’ leanings. One Republican consultant is managing or advising all five challengers’ campaigns, while another is polling voters — a rarity in city politics — on their preferences.

While Power Poll respondents were fairly evenly split on the value of knowing a candidate’s party allegiance, a large majority want to keep nonpartisan elections.

When asked specifically whether they would support legislation that would allow partisan municipal and school board elections (former GOP Rep. Eddie Smith pushed such a bill in 2017), the Power Poll respondents reacted negatively — 72.9 percent opposed that option for city elections, while 77.5 percent rejected it for school board elections.

The Power Poll is not a scientific poll but a survey of views and attitudes among community leaders from government, business and nonprofit arenas. It should be noted that this particular survey includes many Power Poll members who live outside of Knoxville and cannot vote in city elections.

This month’s Power Poll surveyed 425 people. One hundred twenty-nine responded, for a response rate of 30.35 percent. Here are the questions and the results:

Does knowing the party affiliation of a candidate in a nonpartisan local election affect your vote?

Are you in favor of political parties taking a more visible and active role in nonpartisan local elections?

Should state law or the city charter be changed to allow partisan elections in the City of Knoxville?

Should state law be changed to allow partisan school board elections?