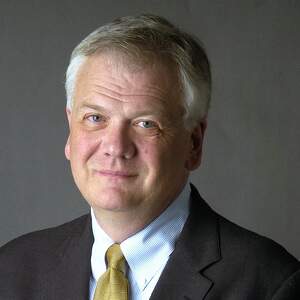 Keith L. Runyon spent 43 years as writer and editor of The Courier-Journal, where he retired as editorial page and book editor in 2012. He was educated at the University of Louisville, where he received B.A. and J.D. degrees. He also studied at the University of London, England. He joined The C-J staff as a reporter in the summer of 1972, and would, over the following five years be a feature writer, and then a reporter covering higher education, religion, and health care. In 1977, at age 26, he joined the newspapers’ editorial board, where he remained until his retirement. While remaining on the editorial board, he practiced a staff lawyer for the Bingham media enterprises from 1984 until they were sold in 1986. Following that, he was appointed first editor of The Forum, a revised op-ed page that became a prototype for many op-ed pages across the nation. He served as editor of The Masthead, quarterly journal of the National Conference of Editorial Writers and on the board of that organization. He became editorial page editor in 1991, and over the following 30 years performed all sorts of opinion editing functions. He has received numerous awards both national and regionally, most recently induction into the Kentucky Journalism Hall of Fame in 2021. He currently is a board member of Louisville Public Media.