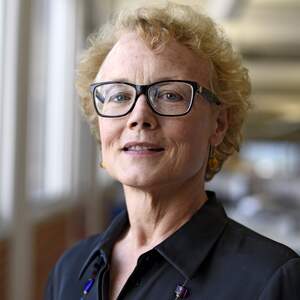 Chris Vass is the public editor at the Chattanooga Times Free Press. She is currently serving as president of the Tennessee Press Association after having spent a lifetime of reporting and editing at Chattanooga newspapers. Vaas graduated with a degree in English from Ohio Wesleyan University in 1981. Shortly after, she interviewed at the Chattanooga News-Free Press and was offered a job on the spot. She began work on the copy desk, moved to obits, then to general assignment, and then, after a stint in public relations away from the paper, returned to the News-Free Press to cover healthcare. When the News-Free Press and the competing Chattanooga Times merged in 1998, Vaas was named city editor of the combined newsroom. In 2015 Vaas took over as public editor, giving her oversight of the newspaper's opinion pages, which feature a dueling liberal-conservative editorial page. Vaas is married to John Vass, Jr., former business editor of the Times Free Press, and they have one son, Jay.