Will the pandemic ever end? Power Poll respondents are realistic: COVID is here to stay

Pandemic life has updended various aspects of people's lives, including their jobs 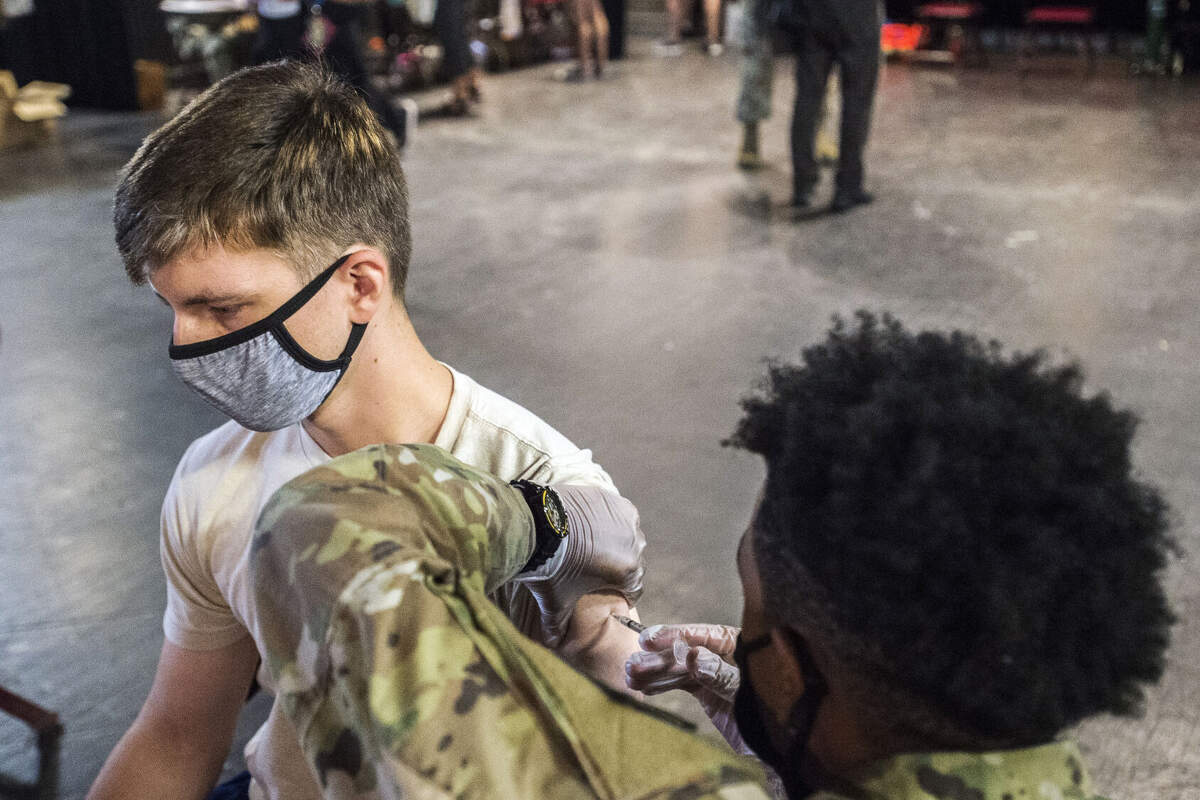 Will the world ever truly reach a post-COVID era? It’s a term some people toss around, but that term may never truly be accurate. A majority of those polled by the Acadiana Advocate’s Power Poll in January think the virus is here to stay.

A large majority of respondents — 77% — in the 11th poll conducted this week as Louisiana and most of the U.S. is coming off the omicron wave of the virus believe COVID-19 will remain in some form along with other viruses such as the flu over the next five to 10 years and sort of fade into the background.

It’s a question people in a variety of spaces are asking: when and how will this pandemic end? Or will it?

Government leaders often reference vaccinations and other treatments to end the virus’ stranglehold on civilization. The Biden administration said this week the next step is to get to a place of “sufficient control,” which did not mean eradicating the virus. That means more vaccinations, including getting more people outside of the U.S. vaccinated.

Power Poll respondents, meanwhile, are realistic. Asked about the next 5-10 years, only 7% think the virus will be eradicated at some point, but only 16% think it will still be an issue that significantly affects people’s health.

“If we could see into the future, I'm sure we wouldn't be in the situation we are in now,” wrote Anne Falgout, executive director of the Vermilion Economic Development Alliance. “But we can control our behavior. We should take that responsibility seriously and do what we can to move into the next phase of the pandemic. A country, community, family, school, church, etc. cannot operate successfully if they are in crisis mode forever.”

If vaccinations are the way to get out of the pandemic, the U.S. Supreme Court reminded that it will have to be voluntary after overruling President Biden’s vaccine mandate for large employers. Just over half of Power Poll respondents (53%) agreed with the court’s decision with the remaining 47% in disagreement.

Holly Howat, director of Beacon Community Connections, pointed to the reports out of Spain that showed that country moving form “crisis” mode to “control” mode. Vaccinations and treatment, she noted, are the key

“I do not think we can keep viewing COVID as a crisis that will eventually go away,” she said. “COVID is here and we have to accept and adapt. I think we are doing this, albeit slowly. I believe vaccinations and treatment are going to help us move toward controlling the spread and serious complications.”

The near-two-year pandemic has upended many facets of American lives, ranging from personal health to social circles to everyday life. When asked what aspect of their lives COVID has affected the most, 35% of respondents pointed at their jobs and 20% said it’s affected their mental health most.

Abram Freeman, pastor of Acts of Love Christian Fellowship, cited the toll the virus has taken on his family after losing three people in the last three weeks. He understands the right not to take vaccine, he said, but doing so can result in people passing the virus to others who may have underlying conditions.

“We used to say in America that we are our brother’s keeper, but I have come to understand that a lot of cliches and patriotic passions that I had growing up were very naïve,” Freeman wrote. “I’m learning in the real world most people look out for themselves. It is sad because we live in a country that has the potential to be the guiding light to the world and I think our generation is squandering it.”

Barry Ancelet, founder of Festivals Acadien et Creole, said he cited mental health as what has been his biggest stressor but noted it’s been his inability to socialize with others. It’s also shifted many people into an individually focused mindset.

“I don't know when we strayed from the strong sense of social cooperation we used to have,” Ancelet wrote. “Historically, this was an important factor in our survival and success. If a someone got sick or hurt and couldn't tend his crop or suffered damage, neighbors pitched in to help. We used to have a strong sense of the good of the whole community. I wish that would return.”

It's also been stressful on families, including single-parent families during quarantine periods, said Sarah Gauthier Roy, founder and artistic director with Theater Acadie. It’s an issue that has not been talked about much.

The recent omicron wave had more of a secondary effect on Power Poll respondents, with 51% responding that they did not get the virus but were forced to quarantine after being exposed to someone who did. But 24% said they did test positive but had mild symptoms, while 16% said they or anyone they knew did not test positive. Only 8% said they tested positive and had serious symptoms.