Should proof of vaccines be required to attend LSU, UL football games this fall? Nearly half of Power Poll respondents say yes

Respondents to this month's poll were slightly pro-vaccine 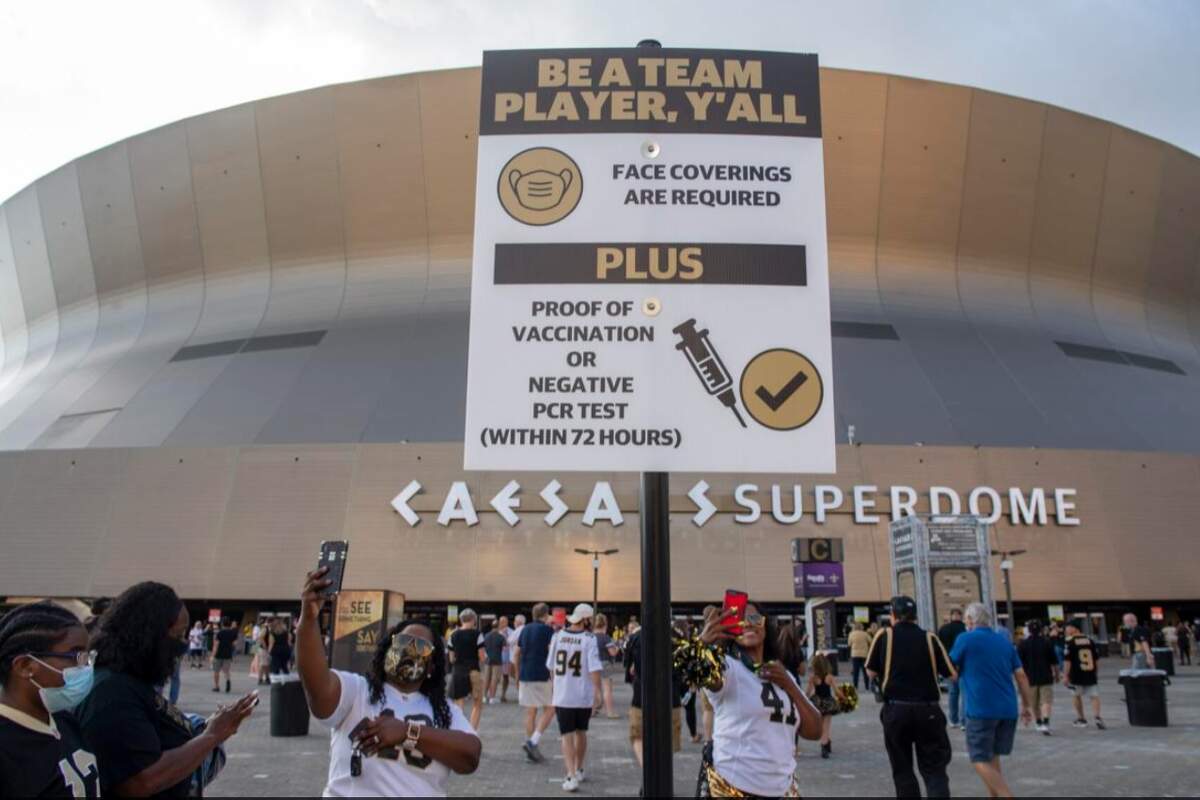 Those responding to this month’s Acadiana Power Poll are slightly pro-COVID-19 vaccine, even supporting current measures from the New Orleans Saints to require proof to attend games this fall.
About 46% of the respondents said those wishing to attend a Saints, LSU or University of Louisiana at Lafayette football game this fall should provide their vaccinations cards in order to gain entry into the stadium.

The Saints required either vaccination proof or a negative result of a COVID before entering the Caesars Superdome during the preseason contest Monday against Jacksonville. About 99 fans got the shot outside the building courtesy of Ochsner Health, which set up two vaccination stations there.

The move was in response to the mandate earlier this month from Mayor LaToya Cantrell that requires showing either proof of vaccination or a recent negative test to enter bars, restaurants and other indoor venues, including the Caesars Superdome.

Other responses to the poll question were not as supportive: 20% favored no restrictions for entering the stadium, while 17% favored reducing capacity. About 15% indicated fans should be allowed if they wear a mask.

When asked if employees of three agencies that deal with the public – government offices, hospitals and health care facilities or public schools – should be required to get vaccinated, 59% favored all three should. Yet 27% went with a none-of-the-above option in requiring vaccines, while 14% thought only hospitals and health care facilities should mandate vaccinations for their employees.

Earlier this week Ochsner Health, the state's largest hospital system which recently merged with Lafayette General Hospital, said all of its employees would need to get vaccinated or face losing their jobs. Other agencies issued similar mandates following the FDA’s full approval of the Pfizer’s two-dose vaccine.

Employees must show proof of vaccination by Oct. 29 or face a one-month suspension or termination. Exemptions will be available for medical or religious reasons.

The move follows a similar mandate from Franciscan Missionaries of Our Lady health system. That mandate applies to the system’s Our Lady of Lourdes Regional Medical Center in Lafayette. On Thursday about 100 people protested the mandate outside the Lafayette hospital.

The mandates have come while hospital staff are tending to record numbers of COVID-19 patients, most of which are unvaccinated.

The state is in its fourth wave of the virus, which this week claimed the life of a 1-year-old and a 14-year-old who played football at Baker High School. The state’s weekly death toll reached its highest since the first wave last spring, including 110 on Wednesday.

The number of cases are starting to recede in this fourth wave, but state officials remain cautious with schools opening back up. Poll respondents, when asked what measures they would support to curb the spread of the virus now, about half of them favored mandates on reduced capacity in public spaces, including restaurants, health clubs and other spaces where large amounts of people gather.

Just over 26% favored no more restrictions are needed to curb the spread, and 15% favored offering more incentives – including cash payments – to get more people vaccinated. Nine percent favored reducing the number of students attending school each day.

On a separate note, in regard to police in the city of Lafayette’s effort to begin enforcing the city’s panhandling ordinance, the response was almost split down the middle in either support of the measure or were not in favor of how to enforce it.

41 percent indicated they are not opposed to the ordinance but thought that homeless people should not be arrested, but 40% indicated they supported the police chief’s move and that people asking for motorists for money while in traffic could be safety issue.

Conducted online Monday through Thursday, The Acadiana Advocate Power Poll survey is not a scientific inquiry. But because it asks questions of leaders from various sectors throughout Acadiana, it does afford nonpartisan insight into the thoughts and opinions of the community. Of 187 Power Poll members surveyed, 66 voted for a participation rate of 35%, the highest of the six polls conducted so far.

The Acadiana Advocate Power Poll is a partnership between the news organization and powerpoll.com, a nonpartisan survey, news and information company focused on the opinions of influential people. Powerpoll.com is based in Nashville, Tennessee, and surveys in 26 metropolitan markets.