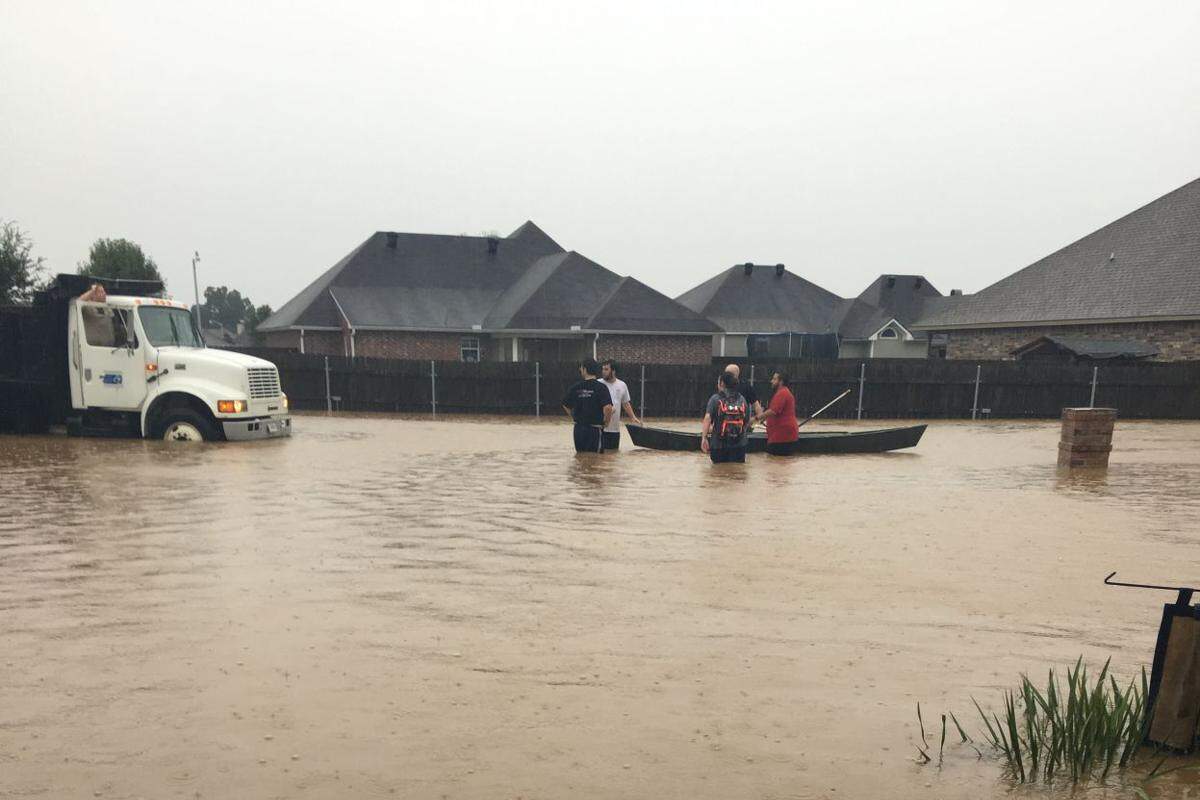 More than half of respondents in this month’s Acadiana Advocate Power Poll favor a parishwide tax to address drainage issue in Lafayette Parish.

A slight majority favor a parishwide measure, while a fourth of the respondents indicated a special drainage district should be established in more flood-prone areas of the parish to address the issue.

Other results of the five-question poll indicate climate change is the reason for increased flooding in many parts of the parish in recent years, including the heavy rains earlier this month that swelled the Vermilion River and flooded lots of downtown Lafayette.

The parish needs a game plan to combat drainage, said Roddy Bergeron, president of The705, a young professionals group. Such a plan would be difficult might be difficult to put in place or not be beneficial to some businesses, but the current set up is not working.

“It’s not as simple as moving water to the Vermilion (River) and is a multi-faceted issue that needs a detailed game plan, milestones, end results and funds to continue maintenance,” he wrote. “If we are to attract people to the area, it’s important that safety issues like this are taken care of first. We can’t have people flooding every few years or living in fear of taking on water every time it rains.”

The area recorded over six inches of rain on May 17, with almost all of that coming between 3 and 8 p.m. and about 2 ½ inches coming between 6 and 7 p.m. Portions of downtown Lafayette took on significant amounts of water on both ends of Jefferson Street, with Pop’s Poboys owner Collin Cormier reporting 8 inches inside his restaurant at the corner of Jefferson and Convent streets despite a second catch basin being installed at that corner earlier this spring.

The Vermilion River was expected to crest just below the bayou's recorded crest during the August 2016 flood, the National Weather Service reported. The Lafayette police and fire departments responded to 341 weather-related calls on that Monday.

The problem with drainage — just like with roads — is maintenance, said Sarah Roy, founder and artistic director of Theatre Acadie.

“We build with no means for maintaining and will continue to play catchup-up without proper funding and appropriate maintenance plan,” Roy said. “Because of this, our development and growth will continue to be a political issue. When funds are received, it’s a political battle to distribute them, leaving many poor represented neighborhoods continually behind.”

About two-third of respondents supported the measure.

“The entire watershed is affected by the projects that LCG or any other singular entity carries out,” said Anne Falgout, executive director of the Vermilion Economic Development Alliance in Abbeville. “There is a larger discussion happening right now led by Acadiana Planning Commission. My hope is that LCG works closely with experts to solve their issues in Lafayette without negatively affecting their neighbors, especially those connected via major waterways like the Vermilion River.”

Ramesh Kolluru, vice president for research, innovation, and economic development at the University of Louisiana at Lafayette, noted the university’s hydrology research experts are working closely with LCG, the Acadiana Planning Commission and others to develop hydrologic and hydraulic models for the entire Vermilion River watershed.

“This is a watershedwide problem that is being addressed by the region’s elected officials working together in a collaborative manner,” he wrote.

The issue of drainage continues to be a significant priority in Lafayette Parish and Acadiana since the 2016 flood that blanketed the area. While less than 20% of those responding say their homes flooded in 2016, a majority indicated the issue of drainage is now more of a personal priority than before that flood. Nearly 45% responded that flooding was not a big priority before then but is now, while a 27% indicated it was a big priority before the 2016 flood and remains one. About 25% said flooding still is not a personal priority. Asked whether they cite climate change for the more frequent floods in the area, 61% said yes with just 39% saying climate change was not to blame.

Conducted online Monday through Thursday, The Acadiana Advocate Power Poll survey is not a scientific inquiry. But because it asks questions of leaders from various sectors throughout Acadiana, it does afford nonpartisan insight into the thoughts and opinions of the community. Of 236 Power Poll members surveyed, 52 voted for a participation rate of 22%.

The Acadiana Advocate Power Poll is a partnership between the newspaper and powerpoll.com, a nonpartisan survey, news and information company focused on the opinions of influential people. Powerpoll.com is based in Nashville, Tennessee, and surveys in 26 metropolitan markets.