How is Lexington responding to calls for racial justice?

Power Poll members split on local and national responses to protests. But most think Lexington still has a lot of work to do to improve racial equity.

Since a Minneapolis police officer killed George Floyd on May 25, there have been almost daily protests in Lexington against police violence and racism. But unlike in many cities, the protests have been peaceful.

A sizable majority of Power Poll members give Mayor Linda Gorton and the Lexington Police Department good marks for how they have responded to protests. But they also say that racism, discrimination, racial justice and racial inequity remain problems in metro Lexington.

Poll results showed very different views on the response by President Donald Trump and his administration to the protests nationwide.

Nobody thought the president’s response had been “excellent.” Only seven members (8.33 percent) rated it “good” and only five members (5.95 percent) even thought it was “fair." Sixty members (71.43 percent) said Trump and his administration have had a “very poor” response to the protests, while another 12 members (14.29 percent) rated it as “poor."

Maybe it’s the pandemic, which has underscored increasing social inequality in America. Maybe it’s the bitter election campaign. Maybe it’s a combination of those and the fact that people are fed up. For whatever reasons, recent killings of Floyd and other African Americans by police recently have focused public attention and sympathy on issues of racism, discrimination, white supremacy and police reform.

So what do we do about it?

In the 1960s, Lexington had some of the first lunch counter “sit-ins” protesting local segregation and discrimination. In 1994, a white policeman shot and killed Tony Sullivan, an 18-year-old unarmed Black man, in a housing project apartment. His death sparked violent protests and led to some reforms.

Race relations have improved since Sullivan’s killing, and the three most recent police chiefs, two of whom are African American, have instituted additional reforms. Gorton and Urban County Council members are promising more remedial action, in both policing and other aspects of racial equity.

“Lexington appears generally on the right side of these issues,” said Michael Murray, an African American who is general counsel for the Kentucky Community and Technical College System, “but public officials nationwide have hard work to do to redirect the path of the country and the tone of the dialogue along the way.”

Problems persist in Lexington, according to the majority of Power Poll members, who were asked: “How big a problem do you think racism, discrimination, racial justice and racial inequity are in metro Lexington now?”

“If people somehow think that Lexington is immune from these national issues, they would be gravely mistaken,” said Richard Young, executive director of CivicLex, a non-partisan organization that promotes local civic engagement. “Compared with peer metro areas, Lexington has a lower rate of African American business ownership and a higher percentage of African Americans living below the poverty line. In Lexington, for every white individual arrested, 2.8 African American individuals are arrested.”

While the Power Poll was being taken this week, the Urban County Council got a vivid illustration of the problems Wednesday afternoon during a Zoom public hearing on these issues. Trolls shouting racist and homophobic slurs hijacked the meeting more than a dozen times. Police are investigating.

“The privileged power structures of Lexington, while mostly well-intended, are blind to the injustices that permeate every aspect of civil society,” said David Adkins, CEO of the Lexington-based Council of State Governments and a former Republican state senator in Kansas. “All of us will benefit when we begin to find ways to disrupt the status quo.” 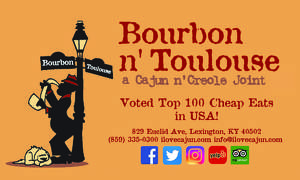