Support for COVID relief bill, but split narrows on Trump living at Mar-a-Lago

This month's Palm Beach Post Power Poll asked influencers across the county to weigh in on questions related to the federal government's response to the coronavirus pandemic, and one about the most famous resident who moved back to town. 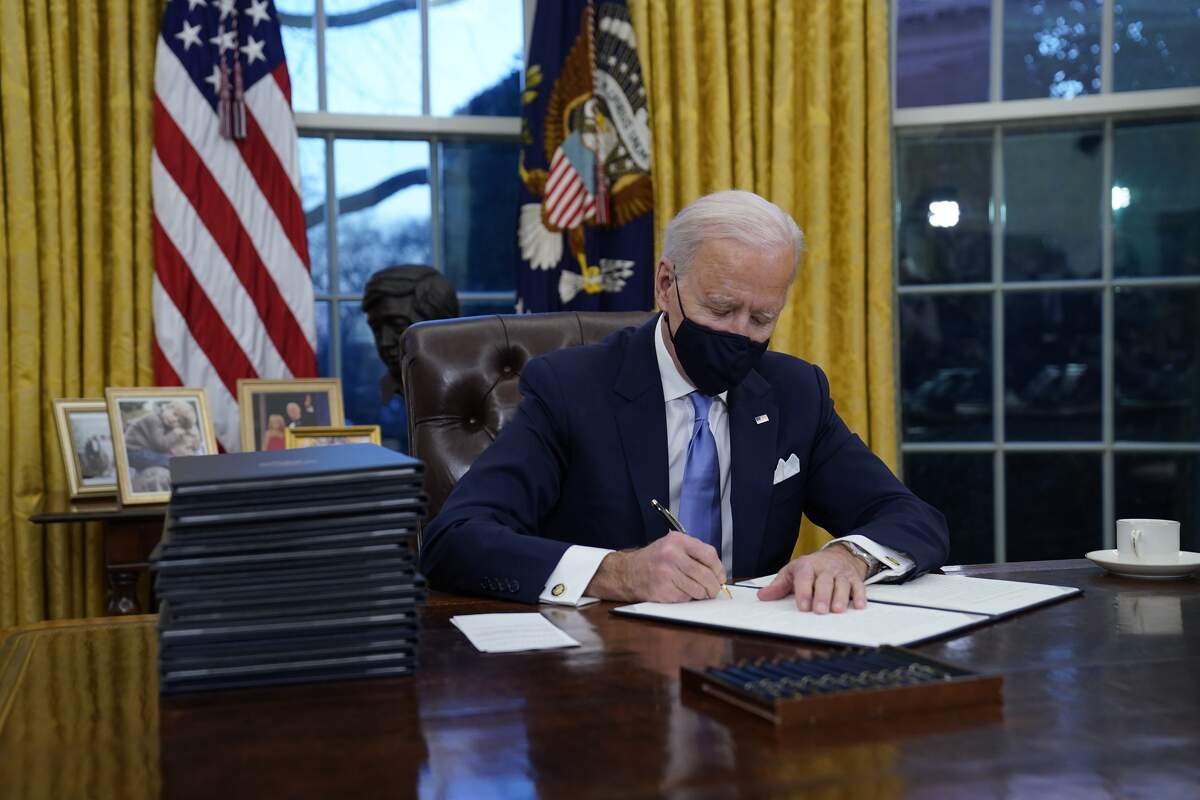 This month's Palm Beach Post Power Poll asked influencers across the county to weigh in on questions related to the federal government's response to the coronavirus pandemic, and one about the most famous resident who moved back to town.

As the Biden Administration's proposed $1.9 trillion COVID-19 relief bill begins its journey through Congress, 70% of the 98 Palm Beach County influencers who responded to the poll said it should be passed, while 30% said it shouldn't.

A smaller majority, 62%, thought the Biden administration should impose travel restrictions to curb the spread of the more contagious strain of the coronavirus first found in the United Kingdom.

The split was even narrower when influencers were asked whether former President Donald Trump should be allowed to live at Mar-a-Lago. Just 54% said no, while 46% said yes.

The nearly $2 trillion relief bill is slated to include $1,400 direct payments to individuals earning $75,000 or less a year and married couples making $150,000 or less, $7 billion toward a new round of the Paycheck Protection Program and $160 billion for the national coronavirus vaccine program. It also would lengthen unemployment assistance and increase federal benefits.

Democrats are trying to get the bill passed through a process called budget reconciliation, which requires a simple majority rather than a 60-vote support in the Senate.

Palm Beach State College President Ava Parker said regardless of how the relief package is passed, it would be important that it gets bipartisan support to lay the groundwork for future initiatives.

"I think that President Biden should accept a few of the changes from the Republicans in order to show that he is willing to listen to other ideas and accept reasonable offers," she said.

Greg Leach, president and CEO of Trustbridge Hospice Foundation, did not think the relief bill should be passed until members of Congress "can find a way to get these funds to those who have the greatest need."

"In the interest of time, the approach has been to use only income as the qualifying metric," he said. "I'm all for getting America back to work, but let's put more thought into this. $1.9 trillion on top of the other two packages is literally breaking the 'bank' of the treasury. Be smart, not political in this next round."

While the relief bill addresses more than direct payments, Boynton Beach Mayor Steven Grant said he would have liked to see much of the relief go into the hands of people living in the U.S. "rather than a top-down approach to give money to businesses, nonprofits and governments."

"I would prefer to give the majority of the funds to the people directly and not have the federal government choose winners and losers," he said.

Florida has 433 cases of the B.1.1.7. variant of COVID-19, the highest caseload in the country, according to the U.S. Centers for Disease Control and Prevention. Michigan has the second-highest with 210 cases and California is third with 195.

The Miami Herald reported this month that the Biden administration was discussing ways to slow the virus' spread, including potential travel restrictions, but no such plans were impending, according to news reports.

Gov. Ron DeSantis took the opportunity to launch attacks on the new administration, most recently at a Friday news conference in West Palm Beach, where he said his administration would not "let Joe Biden quarantine Florida or ban any travel to Florida."

Rolando Barrero, president of the Palm Beach County chapter of the Democratic Hispanic Caucus of Florida, said he would support a ban on travel "until such time that remedies to end national and international 'vaccine tourism,' can be enforced," referring to the practice of seeking a coronavirus vaccine in a place more accessible than at home. He supported making tourists quarantine at hotel airports and get two negative COVID tests before they can leave.

"If we are to open up travel all Floridians that must have contact with them must be vaccinated first," Barrero added.

Tourism hubs and hoteliers have taken precautions to promote safety in traveling, said Jorge Pesquera, executive director of Discover The Palm Beaches, with many seeking accreditation through the Global Biorisk Advisory Council.

Last year, Florida saw the fewest number of visitors since 2010. In Palm Beach County, which saw a multi-million-person drop in visits during the pandemic, tourism likely won't bounce back until 2022 or 2023.

More: Why Palm Beach County's 20% drop in tourism affects us all; expert says it'll get worse before it gets better

"We need to get the economy back in Florida," she said. "Tourism is our major lifeline to financial sustainability. Tourism and stimulus are the keys to succeeding."

The former president's ability to reside at his Palm Beach club is up to the town, which has to decide whether it would violate a 1993 agreement that turned the private residence into a social club.

The assertion that Trump is a "bona fide employee" of Mar-a-Lago, argued by one of his attorneys and confirmed by the town's attorney, fits the requirements laid out in the town's zoning code.

Town Council members did not push back during a meeting this month.

"In review, it does not appear to me that there has been a violation," Council President Maggie Zeidman said. "It appears to me that Mr. Trump has met the criteria for a bona fide employee, and it seems there is nothing that would prohibit him from living in the owner's suite at Mar-a-Lago."

More: Trump like 'mayor of the town of Mar-a-Lago,' attorney says as council hears arguments about whether he can live at the club

Former Congressman Mark Foley said Trump should be allowed to live there, pointing to his time spent there before it was turned into a club.

Fellow former Congressman Tim Mahoney said Trump should "live up to his agreement or if need be negotiate another deal."

Each month, we email surveys to hundreds of Palm Beach County government, business and community leaders, asking about the top issues of the day. We’ll report the results here in the Palm Beach Post where you can also see who’s on our panel.