The special House committee hearings on the Jan. 6 insurrection are playing out on live television during the 50th anniversary of Watergate, drawing inevitable comparisons to the two political scandals. To community influencers of Palm Beach Power Poll, many of whom live and work close to former President Donald Trump’s residence on Palm Beach, there is little debate over which scandal was most harmful to the country. 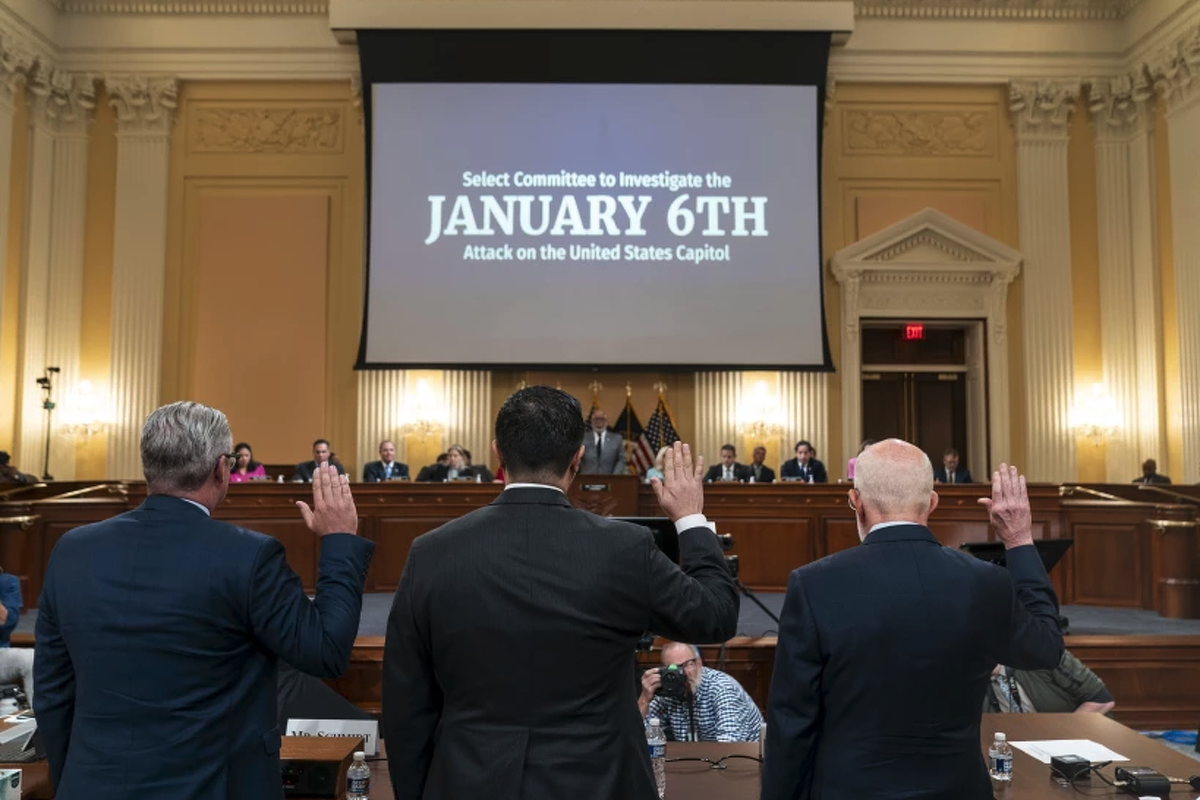 The special House committee hearings on the Jan. 6 insurrection are playing out on live television during the 50th anniversary of Watergate, drawing inevitable comparisons to the two political scandals.

To community influencers of Palm Beach Power Poll, many of whom live and work close to former President Donald Trump’s residence on Palm Beach, there is little debate over which scandal was most harmful to the country.

The assault on the Capitol, part of Trump’s efforts to overturn the 2020 election, was far worse than Watergate, according to 72 percent of the influencers. The poll had a response rate of nearly 22 percent.

“Trump's actions were a direct attack on the nation and on democracy itself, whereas Nixon's actions were pure politics as an attack on another political party. No former President, other than Trump, has ever attacked Democracy,’’ said Ira Raab, a former New York State Supreme Court justice and member of the Palm Beach County Democratic Party.

The vast majority of influencers, 80 percent, support the House committee's decision to televise the hearings, which have produced dramatic testimony from former White House aides.

“If one thing has become clear from testimony given under oath it is that Trump would stop at nothing to remain in office. I am a lifelong republican. Trump’s behavior as recounted by his own staff is the antithesis of the values of our nation and the Republican party,’’ said Steve Mathison, chairman of the PGA Corridor Association in Palm Beach Gardens.

The scandal comparisons also raise the question of who was the better president: 45 percent said Nixon and 17 percent said Trump. Thirty-eight percent had no opinion.

“Not a fan of Nixon or Trump,’’ said West Palm Beach litigation attorney Guy Icangelo, “but back against the wall I had to say Nixon was better because Trump was better at being worse.’’

And despite Trump’s repeated and unsupported claims that he lost because of widespread voter fraud, 93 percent of Palm Beach Power Poll respondents said they trust the local elections process.

“Nixon tried to seize power by subverting the election process. Like Trump, he too had plenty of help from his loyalists. Trump took his efforts one step farther, leading a violent, armed mob of insurrectionists to invade the Capitol to stop the lawful, peaceful transfer of power,’’ said Jim McCarten, general manager of the Gardens Mall.

“Nixon was, and Trump is, a very real threat to the survival of our democracy,’’ McCarten said. “Thank God for the few men and women who put their oath to support and defend the Constitution above their loyalty to a single man.’’

Palm Beach influencers were nearly even on which level of government they trust the least – 36 percent said state and 35 percent federal. The perception of trust, many said, depends on which political party controls the government.

“As we have repeatedly seen around the country and especially in Florida, the Republicans are disinterested in actually governing, just promoting an ideological agenda that disregards facts on the ground, established institutions and processes, and, at times, even the rule of law,’’ said Dr. Robert Watson, distinguished professor of American history at Lynn University in Boca Raton.

Some influencers said they hope the Jan. 6 hearings will lead to prosecutions of those who broke the law.

“The events of January 6th were an attack on our democracy and the United States. All those individuals who had anything to do with the insurrection should be held liable to the full extent of the law,’’ said Patrick J. Franklin, president & CEO at Urban League of Palm Beach County.

Many Trump loyalists, including at least one Palm Beach Power Poll influencer, have continued to defend the former president.

Sid Dinerstein, former chairman of the Republican Party of Palm Beach County, called the televised hearings a “Soviet-style show trial to remind us of what America haters are capable of; no defense, no cross examination, no revelations of the FBI involvement…’’

He added, “The Supreme Court knows what a Constitutional Republic is, and isn't. Our current Socialist/Fascist/Communist attempt at governing ends this November. Thank you, President Trump!!!”

Dinerstein’s comments drew a sarcastic rebuke from Jody Young, a political consultant, who offered a reply that invoked recent testimony about Trump throwing a plate against the wall: