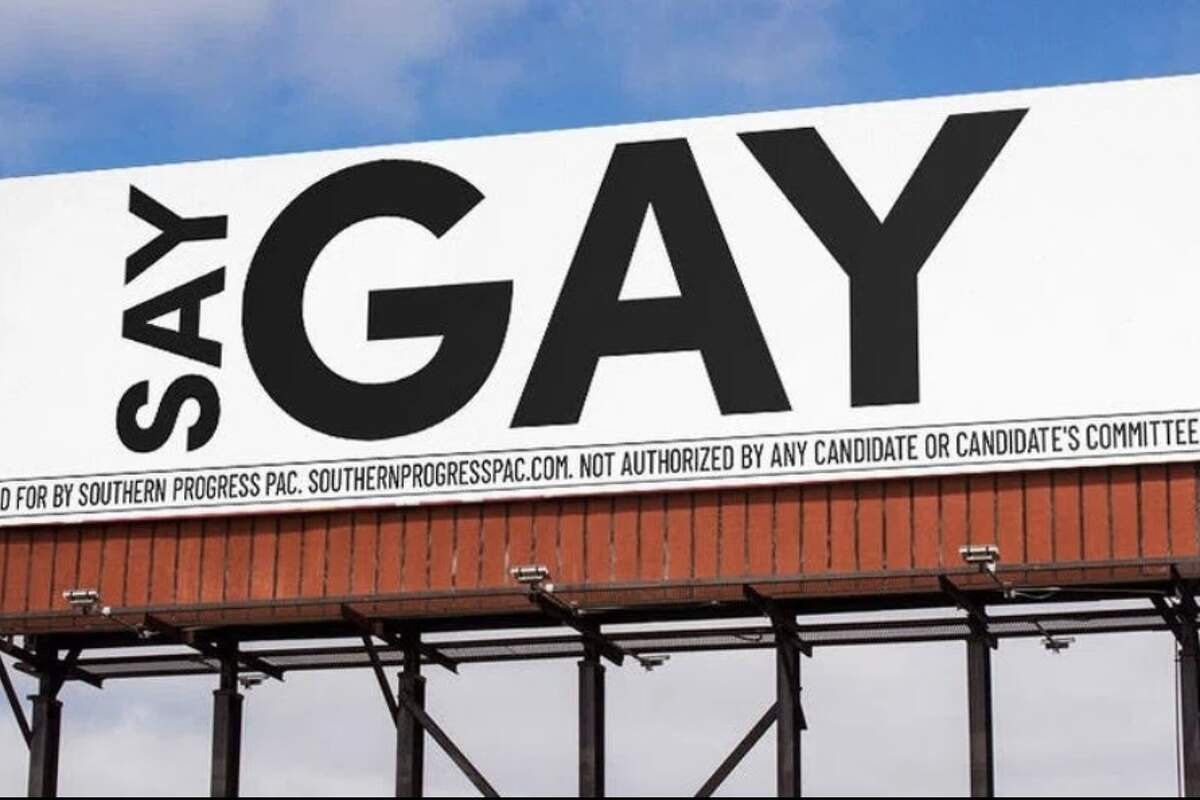 Gov. Ron DeSantis on March 21 pledged to sign the bill into law “relatively soon,’’ even as “Say Gay” billboards started going up in Florida as part of the growing outcry by opponents of the Republican-led legislation that passed March 8.

“Another sad and embarrassing action by the GOP in Florida,’’ said Dr. Robert Watson, distinguished professor of American history at Lynn University. “We all know that this is just more fear-mongering and hate for political purposes.’’

In survey comments, many influencers honed in on key language of the bill: Classroom instruction by school personnel or third parties on sexual orientation or gender identity may not occur in kindergarten through grade 3 or in a manner that is not age appropriate or developmentally appropriate for students in accordance with state standards.

Sex education in Florida schools is taught starting in the sixth grade, as part of the health education curriculum, a fact that prompted 73 percent of Palm Beach influencers who responded to the poll to reject a need for the bill.

“Even putting aside the fact that (the) bill is a mean-spirited, discriminatory law masquerading as one promoting parental rights, the law is very likely unconstitutionally vague,’’ said Wellington Vice Mayor Michael Napoleone.

“It does not define key terms like ‘age appropriate’ or ‘developmentally appropriate.’ It doesn’t even define the term ‘classroom instruction,’’’ he said. “That vagueness means that teachers will likely over censor their speech in order to protect themselves from facing a lawsuit based on an accusation that they violated the law. Our leadership in Tallahassee needs to focus on real issues, not manufactured grievances.’’

"These vague and broad words apply to all grades, and not just to K-3 grades, as proponents wrongly claim. The bill does not include drug use and suicide, leading one to conclude that the legislature's majority and the governor are singling out LBGT + issues and people,’’ Rabb said.

“An anticipated avalanche of frivolous lawsuits by misguided parents will have a chilling impact on teachers and school districts and on the already overburdened court system.’’

Adding to critics’ concerns were comments on the Senate floor by Sen. Dennis Baxley, R-Ocala, urging passage of the bill.

“Why is everybody all about coming out while you’re in school?” said Baxley, who sponsored the Senate version of the bill. “We’re trying to all figure out why this is happening. Some of it, I’m sure, is a cultural shift of what’s accepted. That kind of thing. … But I know some of it is just the confusion that kids go through, particularly when you get to middle school and high school.”

About 67 percent of Palm Beach Power Poll respondents feel that younger students are not the prime focus of the legislation. The poll had a response rate of nearly 40 percent.

In comments, Davis recalled seeing a family of four on a recent day at a local park. “Two dads, a boy and (a) girl. Are we going to deny they are a family and not be allowed to discuss their status? How depressing and demeaning for them and for us,’’ she said. A

mong the critics of the legislation is Power Poll influencer Mark Foley, who resigned from Congress in 2006 amid allegations he’d sent sexually explicit instant messages to teenage boys serving as congressional pages.

“My suspicion is that this is a red herring thrown out by some to pushback against equality and is the first step towards marginalizing young people within the LQBTQ community,’’ he said.

“I detest legislation that tries to provoke discord and creates unnecessary tension. People should feel safe in who they are. Anything that promotes shame and humiliation would be a no vote if I were in Tallahassee.’’

Even if the bill’s influence is limited to younger students, some influencers said classroom instruction at those grades should be left to the discretion of teachers, not lawmakers.

“Rainbow families of all kinds are here in our county. What will happen when the kids in those families draw a picture of or talk about their beloved family? Is the teacher's response to the kids' drawing or related questions now censored because legislation has made a decision instead of one of our trusted educators and now they can only discuss a family if both parents are straight?’’ said Palm Beach Gardens Vice Mayor Chelsea Reed.

“Imagine that moment,’’ Reed continued. “The teacher sees the drawing, and the response to that child is, 'We can't talk about your kind of parents in this state.' All children need acceptance, understanding, and warmth in order to interact in school and to learn, not judgment or silencing for decisions beyond them in their home's culture.’’

Fifty-eight percent felt the legislation will only force schools to “out” gay and transgender kids, creating the likelihood of tension and even physical harm.

“The unfortunate and ugly reality is that by large we still live in a homophobic country, and a great many of them are parents and siblings of LGBTQ children,’’ said Rolando Barrero, president of the Palm Beach County Democratic Hispanic caucus.

“This law not only eliminates protections from violent homes, but puts them at risk of cruel home remedies and possible barbaric treatments like electroshock treatments which is at times the 'go to' for parents whose child simply needs love and support.’’

DeSantis has remained defiant to critics, pointing out that the phrase “Don’t Say Gay” doesn’t appear anywhere in the bill.

But 71 percent of Power Poll Palm Beach influencers disagree with the governor’s contention.

“With a brief legislative session and all of the critically important issues that our Florida legislators could or should be addressing, this and other efforts, such as those that discourage voter engagement, are not only a waste of time, unnecessary and immoral but are also ways to promote further divisiveness which we need far less of in a state that should be the leader in paving the way for bringing people together,’’ said James Sugarman, a personal life coach.

Emmy Kenny, a West Palm Beach community activist, pointed out that lawmakers rejected amendments to the bill that could have addressed the concerns of opponents who fear the law could lead to an increase in suicides among LGBTQ kids.

“If this bill was about protecting students from inappropriate discussions about sexuality, lawmakers would have used the language ‘sexual activity’ instead of ‘sexual orientation and gender identity,’’’ she said. “Instead, they singled out LGBTQ+ identities as being taboo and immoral. It's crucial we make schools a safe, welcoming, unbiased place where children are accepted for who they are, not demonized or silenced.’’