Trump, Edwards or Cantrell: Who ranks highest for COVID-19 management?

For New Orleans area influencers, one leader stands out 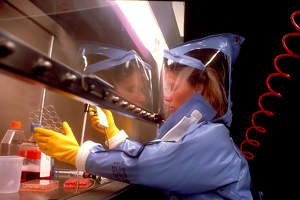 President Donald Trump downplayed the coronavirus danger early on, then pendulumed between endorsing public health measures to contain it and conjuring the country "opened up and just raring to go by Easter." Louisiana Gov. John Bel Edwards has taken a steadier course, regularly stressing the seriousness of the pandemic and the need to limit contact with others. New Orleans Mayor LaToya Cantrell forcefully demanded that residents stay home — and threatened to arrest people who ignore orders against gathering in large groups.

The contrating styles of the three political leaders have both fans and foes. But one thing is clear from the first New Orleans Power Poll: Edwards is doing the best job of managing the COVID-19 crisis.

We surveyed 334 movers and shakers in the New Orleans area, and 79 (24 percent) responded. Here are the results:

Jefferson Business Council Executive Director Tim Coulon said he ranked Edwards first because "the calming demeanor is preferable in a crisis." Coulon, a former Jefferson Parish president, put Trump last "for lack of early recognition of the seriousness of the virus."

"All three reacted very well," said John Georges, who owns The Advocate newspapers and has stakes in grocery distribution, video poker and other sectors. "However in business we are generally proactive. John Bel Edwards was able to exhibit his skills."

More than half the voters, or 44, put Cantrell in second place, an uncertain sign for a politician facing re-election next year. A Democrat, she won the 2017 mayoral runoff with 60 percent of the vote.

"Both the mayor and governor are doing a great job." said Natalie Jayroe, president and chief executive officer of Second Harvest Food Bank. "We are proud to be together with them as a community to ensure that people receive the food they critically need."

Edwards' political future is not known. Now in the first year of his second term, he is forbidden by law to seek re-election in 2023.

But at least in the New Orleans area, the poll results enhance the reputation of the only Democrat holding statewide elected office in Louisiana.

Trump won Louisiana in the 2016 election with 58 percent of the vote. The Republican polled just 15 percent in majority Democrat New Orleans but 55 percent in the more conservative Jefferson Parish suburbs.

As he campaigns for re-election this year, both his demeanor and his actions in office have soured Bob Thomas, director of the Center for Environmental Communication at Loyola University. "The president's attitude when reading his comments often has a negative edge, and his constant firing of key members of his team is of grave concern," Thomas said.

Yet Pat LeBlanc, a lawyer who has been active in politics for decades but is "not a Trump fan. I didn’t vote for him nor have I ever supported him," said the president has made good decisions amid COVID-19. "I can’t fault him for any action he has taken during this crises. I give high marks to the team he has assembled including Birx, Fauci and Mnuchin," she said, referring to Dr. Deborah Birx, the White House coronavirus task force coordinator; Dr. Anthony Fauci, director of the National Institute of Allergy and Infectious Diseases; and Treasury Secretary Steven Mnuchin.

Regardless of one's general opinion of Trump, his management of the COVID-19 crisis will play a significant role in whether he is re-elected this fall, according to the poll. More than three quarters of the respondents said his performance will affect his re-election chances "a lot" or "somewhat." Only 13 percent said "slightly" or "not at all."

The New Orleans Power Poll compiled a list of 334 influential people in the New Orleans area and surveyed them by email April 6-9. It's not a scientific or academically rigorous exercise but does reflect the opinion of some community leaders.

Among them is a guy who constructs polls and interprets their results for a living, Ed Chervenak, former director of the Survey Research Center at the University of New Orleans, who advised; "Should not be forced to rank political leaders for their leadership. Should be able to score them separately."

Fair enough, Ed. We'll keep that in mind in future polls. Our next one comes out in May.

You can look over the list of people we polled. Who's missing? Suggest others by emailing neworleans@powerpoll.com with the person's name, email address and title or role in the community. We don't share email addresses with the public.