Results contrast with Louisiana as a whole, which is likely to vote for Donald Trump 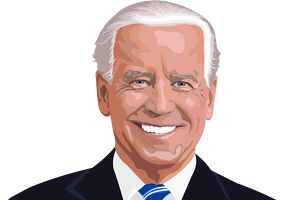 Joe Biden is the clear favorite for president in The Times-Picayune Power Poll, with 56 percent of voting members preferring the Democratic nominee and the same portion predicting he will win. Republican incumbent Donald Trump took 27 percent of the vote, and 23 percent predicted he will win.

The outcome of this week’s poll contrasts with how Louisiana is likely to vote: for Trump by a large margin. That’s due to the more conservative nature of the state as a whole and to a large portion of the Power Poll membership being based in New Orleans, a liberal city.

Conducted online Monday through Thursday, the Power Poll survey is not a scientific inquiry. But because it asks questions of the top Jefferson and Orleans parish influencers in business, politics, arts, media, non-profits and community affairs, it does afford a fascinating and non-partisan insight into the thoughts and opinions of those who steer the region. Of 475 Power Poll members surveyed this month, 70 voted for a participation rate of 15 percent.

The survey opened one week after the first presidential debate, three days after Trump was diagnosed with COVID-19 and two days before the vice-presidential debate between Republican incumbent Mike Pence and the Democratic candidate, Sen. Kamala Harris. The Trump administration’s handling of the coronavirus pandemic is a major issue in the campaign - just as Power Poll members predicted in April.

On a local question, Power Poll members were less certain about the race to succeed Bernette Johnston on the state Supreme Court. When asked which candidate would make the better justice, two thirds were undecided, and both Piper Griffin and Terri Love received 17 percent of the vote. Sandra Cabrina Jenkins received 3 percent.

Members favor legalizing gambling on sports, however, by a wide margin. Two thirds of the voters support sports wagering, compared to 23 percent against and 14 percent undecided.

(By the way, you’ll notice we’ve renamed the New Orleans Power Poll as The Times-Picayune Power Poll. That’s because we’re happy to have entered a partnership with the New Orleans daily newspaper beginning with this survey. Here’s to more.)