Amid coronavirus spread, trust is high in schools to make best call on reopening

We surveyed 431 influential people in Jefferson and Orleans parishes; here are the results 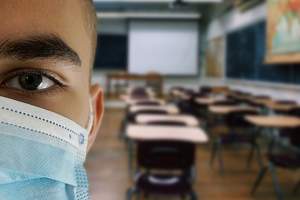 As the novel coronavirus infects more people, schools jury-rig instruction plans and hundreds of educators flinch at the prospect of teaching in person, New Orleans area thought leaders express overwhelming confidence in schools to make the best decision about reopening this month. About 83 percent of the respondents to this week’s Power Poll said they trust the schools they best know “a lot” or “somewhat,” dwarfing the 17 percent who said they trust the schools “a little” or “hardly.”

“I think that schools, in concert with parents, the school board and others, should be trusted to make their own decisions based on the status of their own micro communities,” said Virginia Miller, partner at the Beuerman Miller Fitzgerald Inc. communications agency. “Schools are not one size fits all.”

Equally lopsided were the results of another question: If COVID-19 numbers rise, will Louisiana Gov. John Bel Edwards close schools again, as he did in March? Almost 83 percent of survey respondents said yes, compared to 17 percent saying no.

Conducted online Monday through Thursday, the Power Poll survey is not a scientific inquiry. But because it asks questions of the top Jefferson and Orleans parish influencers in business, politics, arts, media, non-profits and community affairs, it does afford a fascinating and non-partisan insight into the thoughts and opinions of those who steer the region. Of 431 New Orleans Power Poll members surveyed this month, 70 responded for a rate of 16 percent.

The survey ran at a time when educators and parents are wringing their hands over reopening schools. In Jefferson Parish, Louisiana’s largest public school plans to launch in-person classes Wednesday even though hundreds of teachers picketed against those conditions this week and Parish President Cynthia Lee Sheng wants a three-week delay. In the all-charter Orleans public school system, schools are offering only virtual instruction until at least Labor Day.

“There is a profound tension at work here: educational continuity balanced with psychological safety for all stakeholders (i.e., teachers, staff, children, bus drivers),” said Quentin Messer, president and chief executive of the New Orleans Business Alliance and a member of NOLA Public Schools’ reopening task force. “Ultimately, psychological safety is not only critically important for any school restart but also sustainable economic reopening.”

Private schools, which educate about one third of Jefferson students and one fourth of Orleans students, make their own decisions. Even the Roman Catholic Archdiocese of New Orleans, which oversees more private schools than any other local entity, is leaving the choice to individual principals and priests, while providing a framework for decision-making.

“At this point in time the safest course of action would be for schools to operate virtually during the first academic quarter,” said William Aaron, managing shareholder of the Aaron & Gianna law firm, “with only in-person services being provided to children with special needs if requested by their parents.”

Look over our membership list and suggest whom we should add - or ask questions and suggest survey topies for next month - by emailing neworleans@powerpoll.com.