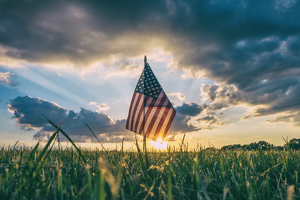 In the first such Power Poll published a month ago, Biden and Warren were tied dead even at 32%, when respondents were asked to answer the question, "Who do you think will place first among the candidates?"

But the more recent results for August had Warren leaping ahead. 39% of the respondents chose Warren, 25% chose Biden, and 17% chose Vermont Sen. Bernie Sanders.

Warren did well across the board in this Power Poll. When asked who has the best on-the-ground campaign organization, Warren placed first yet again among Power Poll respondents, receiving 47% of the votes. Sanders placed second at 11% and Booker was third at 5%.

NOTE: The Power Poll is not a scientific poll. It is, instead, a glimpse into the thoughts and opinions of New Hampshire's elected officials (Republicans and Democrats alike), party leaders, important fundraisers, media figures, consultants, and more. To see the list of  individuals who were polled, click here. Complete results to the questions are at the end of this story. 838 individuals were surveyed, and 83 responded, for a response rate of 9.9%. This poll was taken Aug. 5-8, 2019, completely by email.

The poll is a sign of increased momentum by Warren in recent months not just in New Hampshire but across the country. Polls nationwide have shown a clear Warren uptick, with many believing that it has come at Sanders' expense. A recent Iowa Political Power Poll had Warren scoring much better than in previous surveys. Almost certainly some of Warren's performance in this New Hampshire survey owes to her residence in nearby Massachusetts. And yet the same could be said of Sanders, whose residence in Vermont will obviously be helpful to him in the New Hampshire Primary.

Here are the complete questions and answers to the New Hampshire Political Power Poll. Plans are to poll every month so that we can track the trajectory of the candidates over time until the primary is held.

Question #1: The New Hampshire Primary will be held Feb. 11. Looking into your crystal ball, who do you think will place first among the Democrats?

Warren: 39% (up from 32% in our July New Hampshire Political Power Poll)

Klobuchar: 1% (same as before)