Also This Prediction: It's Hagerty in the GOP Primary

With COVID not leaving the party any time soon, Nashville Power Poll members are decidedly on the aggressive, interventionist, take-the-steps-necessary side of the equation. Nearly nine in 10 Nashville Power Poll members want the governor to mandate mask-wearing statewide. More than nine in 10 favor Mayor John Cooper’s crackdown on people not wearing masks down on Lower Broadway. And as Metro Nashville Public Schools grapples with what will be the largest gathering of our citizens on a recurring basis — that being 86,000 young people returning daily to public schools — nearly seven in 10 are uncomfortable with that.

In other words, COVID is still having us for lunch, in an anxiety-inducing, front-of-mind way that has us all living in a complicated logistical, financial, and planning mess. 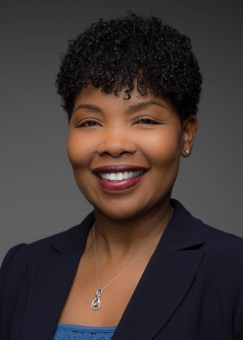 For ongoing updates about the BlueCross response to COVID-19, visit BCBSTupdates.com

Here are the specific questions and responses to the latest Power Poll:

How comfortable would you be sending children back to school in the fall?

The city began issuing warnings or citations to people not wearing masks in the Lower Broadway area last week. Do you agree with that stepped-up action?

We have a primary Aug. 6 to begin naming a successor to outgoing Sen. Lamar Alexander. Republicans are heavily favored in the general, but their primary is growing competitive. Who wins it?

A total of 864 Nashvillians were surveyed, with 368 responding, for a response rate of 42.59%. Disclaimer: The Power Poll is not a scientific poll. It is, however, an important pipeline into the thoughts, insights, beliefs and opinions of Nashvillians of all political stripes. Our members are the people who make things happen.

In the recent COVID wave across the South and West, Nashville has not been spared. Youthful optimism and delusional behavior, which are often the same thing, were on full display a few weeks ago as thousands of beer-pounding Americans winged it into BNA with Lower Broad and a summer buzz on their minds. It went badly.

Nashville cases shot up. Mayor Cooper cracked down. When our visiting friends were not of a mind to wear masks, as Cooper has ordered residents to do in public, he dispatched a team of mask-enforcers to ratchet up enforcement. By an extraordinarily wide margin, Power Poll members have his back.

As for schools, Power Poll members express mild, to mostly severe, discomfort with sending children back to school. That’s understandable. To look at what our public schools have to undertake amidst COVID makes invading Normandy look simple.

On Aug. 4 — about a week and a half from now — 86,000 students will start attending school virtually. Doing so will require a tech launch of immense magnitude (provision of laptops to students who don’t have them, access to hotspots, log-ins to a platform that can handle load and system and curriculum features, and who knows what else). After Labor Day, schools may re-open to physical attendance, depending on the curve of the virus. Director of Metro Nashville Public Schools Dr. Adrienne Battle will make the call on that day-after-Labor Day physical re-opening two weeks prior.

If schools DO physically re-open, students will have the option of continuing to attend virtually rather than attend physically. Those choosing to attend in person must wear masks. 1.5 million masks are being delivered to MNPS this month, including 20,000 re-usable masks for staff. 6,000 gallons of hand sanitizer have been procured. Limitations are obvious and understandable. Social distancing is an impossibility. How do you tear down walls in 132 schools between now and Labor Day?

The complexity is of another level and the management task is enormous. If you see Battle, do not hug her, but send cookies. Should you think your own job is fraught right now, read the schools' re-opening plan.

Finally, some discussion about the Power Poll question as to whether Gov. Bill Lee should require mask-wearing statewide. Here, we wander into the partisan and ideological divide, with pro-liberty, pro-individual rights, pro-let-me-do-what-I-want citizens squaring off against those who argue public health requirements and the safety of the whole require actions such as mask-wearing. Lee, a Republican, is siding with the former group on mask mandates. In the city of Nashville, where there are a lot of Democrats, and more cases compared to rural areas, people overwhelmingly favor masks statewide. You see this division playing out across the country. We are not alone.

As to our bonus question: Power Poll members predict Hagerty will beat Sethi in the Republican Primary. Really, not much of a surprise.