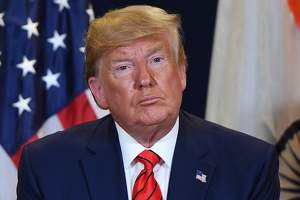 In blue Nashville, little question remains: Power Poll members are of a mind to impeach the president.

Nashville is obviously a Democratic island. The other Democratic island is Shelby County and the city of Memphis. So to a large extent, this is rather unsurprising news. (When asked the identical question, Memphis Power Poll members were 75% favoring impeachment, 21% not favoring, and 4% "don't know.")

Nashville Power Poll members are not an overwhelmingly strident bunch. Thus, they bring a degree of equanimity and understanding to the table. But impeachment—a drastic step from any perspective—is what they seem to want. Likely, the Power Poll members have reviewed the evidence thus far, and to the extent they feel comfortable making a decision, they want the president impeached, pure and simple.

As we always point out, Power Poll is not a scientific poll, but it does reflect the thinking of the most important players in our city, from a wide range of vocations and interests. 836 individuals were surveyed, with 384 responding, for a response rate of 45.93%. To view the entire list of Nashville Power Poll members, click here. As always, if you want to nominate someone for membership, shoot an email here.

That's all folks. Really not a lot to add to this question. Rarely do we survey on national issues, but I wanted to drop this one in for kicks. Thanks for taking part.