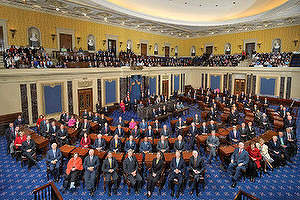 How Health Insurance Premiums Get Set and Spent

Buying health insurance is an investment in peace of mind. You're counting on your insurer to protect your financial health when you need care for your physical or mental health&emdashespecially when significant needs arise, like a surgery or a chronic condition.

You're also counting on your insurer to provide access to affordable, quality options for care throughout the year. We do that in part by negotiating discounts from the standard rates providers charge.

At BlueCross BlueShield of Tennessee, we feel it's our responsibility to help our members understand why medical care itself and the coverage we provide costs what it does. Here, I'll share how we use the premium dollars we collect.

We base our pricing on what we expect to spend for the medical services our members will need. What everyone pays in premiums together goes to cover those services. One year, you may need a lot of care and feel the benefits of your coverage more directly; the next, you may not have a lot of health needs—but the financial protection is there if you do.

In 2017, we made $14 billion in payments to doctors, hospitals and drug companies to cover medical treatments for the 3.5 million members we serve.

To look at it another way, for every dollar we received in premiums and fees, we paid 86 cents for medical care. And here’s how that breaks down:

The Affordable Care Act requires insurers to spend 80-85 cents from each premium dollar on medical services and pay rebates if we don’t (based on a three-year average). And BlueCross usually met those targets even before they became law.

So, after using 86 cents from each premium dollar to cover our members’ care needs, where did the remaining 14 cents go?

First, 3 cents went to pay our local, state and federal taxes—which added up to $498 million. Next, 8 cents from each premium dollar went to cover the costs of doing business.

Those include the obvious: processing and paying claims, and assisting customers who call with questions. But we also do more that many people aren’t aware of.

People are often surprised to learn we have more than 840 nurses working at BlueCross. Many work directly with members to help coordinate care for chronic health conditions or after an inpatient hospital stay.

We also have a large, specialized staff working with technology—managing physical hardware like servers, creating digital tools and performing sophisticated data analysis to help providers meet members’ needs. And we have all the usual business functions like accounting, legal and marketing.

In each area, we understand these costs are borne by our members, so we work hard to manage expenses efficiently while balancing the ability to hire and retain talented workers.

After medical costs, taxes and operating expenses, we retained the last 3 cents of each premium dollar as net income, or profit.

As a not-for-profit company, we don’t have shareholders or private owners who benefit from our business operations. So the net income we retain goes into our reserves, which are a safety net ensuring we can pay our members’ claims and sustain operations in case of an epidemic, disaster or market downturn. These funds can also be used to invest in new capabilities for serving members.

Ultimately, the cost of health care itself drives the cost of coverage—and we work to manage those costs, and our own, effectively on behalf of our members.