What you think of COVID-19 and the response to it 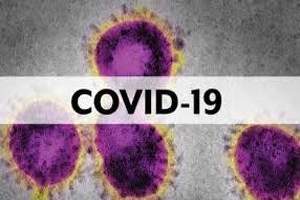 Events, as they say, overtook us in our latest virtual gathering for the March 2020 Power Poll, which queried you about COVID-19, your reaction to the pandemic and how well (or not) you think national, state and local leaders are doing so far in coping with and combating the virus.

Between the end of last week and the beginning of this week, which is when the poll was written and when it was sent out, the growing gravity and grimness of the situation had begun to be widely reflected in personal behaviors, government responses, professional restrictions and community cutbacks.

You were forgiven if Broadway theaters, as well as local venues, going dark evoked an old Billy Joel song — “Miami 2017 (Seen the Lights Go Out on Broadway).” Or if news pictures of deserted city streets, including our own, made you think of The Pretenders and their “My City Was Gone.”

This is, indeed, a new world. Whether it’s also a brave one, remains to be seen.

The truth is, both cultural center closings and the almost immediate ghostliness of cities and towns are examples that millions of Americans are taking COVID-19 seriously.

Even if some of our national leaders, such as President Trump, seemed slow on the uptake in an earlier realization of the severity of its threat.

And even if the flippancy of a former state leader such as ex.-Gov. Matt Bevin, who likened the reaction to Chicken Little in a March 11 tweet, only served to remind voters and citizens of why they voted the way they did last November: He’s out of office and his successor, Gov. Andy Beshear, is earning national attention for his leadership in this crisis.

Still, as hung up on the news as I was, the swiftness of the decision to delay the Kentucky Derby until September was surprising — but also a very gratifying expression about public health and public safety even when it came to one of the commonwealth’s oldest, most famous traditions. That official response seemed to epitomize the #TeamKentucky hashtag and mindset Gov. Beshear has emphasized for citizens and institutions in his daily public briefings with Kentuckians of all ages.

Our poll went out Monday morning. By Tuesday, question No. 5 was almost moot with the announcement that we’d wait a little longer this year for the most exciting two minutes in sports.

By the way, that’s just fine with 84 percent of our respondents, about whether the Derby and related activities should be delayed if the threat of the virus still existed; 16 percent of you said you weren’t sure, and no one said “no.”

So, on to our other results in this poll, in which 24 percent of our field responded:

— COVID-19 definitely has your attention: 46 percent of you said you were very concerned about being exposed to or contracting COVID-19; another 42.6 percent said “somewhat concerned.” Just 9.8 percent said “not too concerned” and one person said not concerned at all.

— A whopping 98 percent of you said you had altered your life in ways that included elbow bumping instead of shaking hands, wiping down your home and office with disinfectants, restricting your travel (“social distancing” had not yet become the de-rigueur expression in describing these activities when the question was formulated). Only one person said they hadn’t altered their lives and behaviors.

— Asked to judge the state and local response so far, 43 percent said “great,” another 51 percent said better than expected, 6.5 percent said “terrible.” No one voted for under reaction or overreaction.

And, to repeat, the Derby delay results were 84 percent in favor of postponing if the virus was still a threat, 16 percent said you weren’t sure, and no one said not to delay it.

These are scary and uncertain times. We need community now more than ever, even if it is virtual community, like this monthly meeting to share thoughts and see what others think about issues of the day.

We’ll be back next month. We hope you will be, too.

Now, another throwback cultural reference we couldn’t help but think of in this new day and age:

Let’s be careful out there.