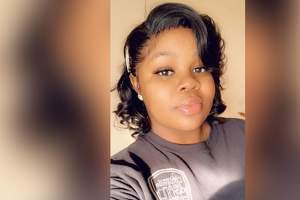 Everyone is, and well beyond Louisville, where Breonna Taylor, a 26-year-old African-American ER tech, lived and died on March 13.

Her story, and Louisville’s place in it, have become national and international headlines, which is why we wanted to bring Power Pollers into the conversation, too. More on that in a moment.

The manner of Taylor’s death — unarmed and fatally shot in her own apartment, as police returned fire after her boyfriend said he shot his gun at an intruder he didn’t know were law enforcement — placed her in the seemingly endless category of African-American citizens dying at the hands of police, with little accountability or consequences for police.

Her violent death preceded George Floyd’s, which was later in May and in Minneapolis, but in the growing reaction to such incidents (too lengthy a list for this space), her name joined his as cries for justice and correction in police treatment of African Americans echoed in protests throughout the United States and, again, well beyond.

When radio stations went silent throughout the country in August, on the five-month anniversary of when she was killed, it was in Taylor’s name.

When Chloe x Halle sang the National Anthem before a televised NFL game this month, they wore T-shirts bearing the faces of George Floyd and Breonna Taylor.

When Vanity Fair published its September issue, it was with a portrait of Taylor on the cover, painted by the same artist, Amy Sherald, who did the arresting picture of former First Lady Michelle Obama that stops foot traffic in the National Portrait Gallery, and the accompanying story was by Ta-Nehisi Coates.

When Uzo Aduba won an Emmy award for portraying Shirley Chisolm, the first African-American woman elected to Congress and to run for a major party’s nomination for president of the United States, the actress wore a shirt with Taylor’s picture on it.

When Naomi Osaka started her journey to win this year’s U.S. Open women’s title, she wore a face mask with Taylor’s name on it.

When Formula One racing champion Lewis Hamilton secured his 90th career win, the Tuscan Grand Prix, he wore a shirt that read “Arrest the Cops Who Killed Breonna Taylor.”

Closer to home, where Breonna Taylor was a real person to many in the community, protesters have gathered for more than 100 days to keep her name and story alive. In converting a downtown park into a memorial to Taylor, they continue to shine a light on what they and others consider systemic racism in law enforcement.

Taylor’s family also had filed a wrongful death lawsuit against the city, and last week there was resolution in that: The city agreed to pay $12 million to the family, and to institute police reforms the New York Times described this way: “The policing changes would require more oversight by top commanders, and make mandatory safeguards that were common practice in the department but were not followed the night of the March 13 raid. They would also put in place an early warning system to flag officers who have been accused of excessive force.”

Welcomed by the family and social justice supporters, the settlement also attracted criticism from those who considered it premature and a sell-out of the police.

We wanted to take the temperature of Power Pollers about the settlement and our questions went out to you on Monday. On Tuesday, Kentucky Attorney General Daniel Cameron announced the results of his office’s independent investigation into the events of March 13, and came back with charges against one officer of wanton endangerment of Taylor’s neighbors, but none and nothing in regard to Taylor’s death. The news sparked more protests and more questions.

We may return to this ongoing tragedy for a future meeting here — Power Poll is not scientific, but a snapshot of where participants are in regard to monthly topics of great concern to a lot of Louisvillians — but this month we are saying her name, too, in our questions and answers.

The headline: 35 percent of the 125 people queried support the settlement.

On to the poll results (full results in accompanying pie charts):

— 57 percent said they agree with the amount of the settlement, saying it sends a message that Taylor’s life mattered; 27 percent didn’t agree, saying it was too much and that it was reached too quickly

— 77 percent said they read the settlement as an acknowledgement of wrongdoing, even though the city did not state that in the settlement