October Power Poll: Your answers about the November election

How you're voting and for whom 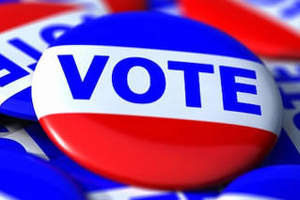 Turns out, we were ready for our closeup, even without Mr. DeMille.

The pandemic primary was our dress rehearsal: The reality of Covid-19 demanded elections business NOT as usual. Though there were a few bumps and burps, Kentucky’s bipartisan effort to keep voters safe and ensure election security proved to be successful for Kentuckians in the June 23 primary, and served as a model for the nation.

Elections officials listened and learned from that experience.

With COVID-19 still a reality in our lives and for the General Election, they did some further tweaking and fine-tuning and built upon what worked in the summer for this fall.

For Nov. 3, Jefferson County added three additional voting supercenters throughout the county, up from one in the primary. For Election Day, in addition to those four centers, there will be another 16 polling places in all parts of the community.

The state continued to allow people to request absentee ballots for this General Election, freeing voters from the stringent yoke of ridiculously narrow rules for application that existed pre-pandemic. Kentucky also added early in-person voting dates for the upcoming election, giving voters more time and leeway in casting their ballots.

The verdict so far: Secretary of State Michael Adams expects 70 percent statewide turnout for this election. He says between 50,000 and 60,000 Kentuckians voted every day in the first week of early voting, and that 318,000 people have voted in person so far (WFPL, Oct. 20) and that 378,000 mail-in ballots have been received by county clerks throughout Kentucky.

Per WFPL again, “The deadline to request a mail-in ballot was Oct. 9; more than 658,000 people asked for one. That means with two weeks until Election Day, more than half of absentee ballots have already been returned and counted.”

We decided to check in with Power Poll participants, to find out how and whether they were voting, and whom they thought might win the high-profile U.S. Senate race pitting longtime Republican incumbent Mitch McConnell, in office since 1985, against Democratic challenger Amy McGrath.

We asked 231 participants three questions about voting and two questions about the Senate race in a non-scientific poll that nonetheless endeavors to reflect what community leaders think about pressing issues of the day. In this poll, we had a 24 percent response rate.

Headlines on those responses: Most of you have confidence in vote safety and election security in the state, but much less confidence in the national picture. And most of you did not vote for Louisville resident McConnell but you expect the 78-year-old to win another six-year term in the U.S. Senate.

Now, on to our questions and your answers and how they break down:

How will you cast your ballot in the upcoming General Election?

Are you confident in the safety of your vote being counted, and in the security of the election here in Kentucky, with more choices in how you cast your votes?

Do you have the same confidence nationally?

Who got your vote for Kentucky’s U.S. Senate seat?

Who do you think will win that seat?

If you haven’t already, don’t forget to vote. No excuses. Plenty of ways to do that now.

“The vote is the most powerful nonviolent tool we have.” — John Lewis

“Someone struggled for your right to vote. Use it.” — Susan B. Anthony

Nat Irvin: “It’s great to note that Kentucky is not experiencing the turmoil re voting as is the case in many Southern states.”

John McGarvey: “The local officials who administer elections, such as Bobbie Holsclaw, a Republican county clerk here in Louisville, and Don Blevins, a Democrat county clerk in Lexington, and others like them, do their job as a public servant, not a a party partisan, and administer elections here without taint or bias. Their counterparts in other states who I have seen on national television, one in Denver comes to mind, seem likewise dedicated to a fair election where all votes are counted. Any candidate who questions the process undermines confidence in the in the election result and damages our democracy.”

Mark Carroll: “Love the Power Poll. Keep up the good works.” (Thank you, and thanks to all for participating!)

See you next month. Stay well.