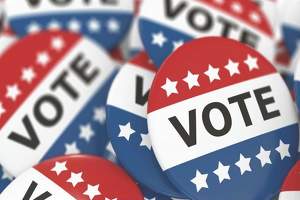 On Tuesday, Kentuckians will head to the polls to vote in a number of primary races. Topping the ballot is the race for governor.

We thought that would be a great topic for the inaugural Power Poll in Louisville.

The Power Poll is not a scientific survey. It is, instead, a monthly glimpse into the thoughts and opinions of the city's powerful leadership class. Members come from a variety of fields, including politics and government, the private sector, non-profits, the religious community, and more. Our initial email on the governor’s race went to 250 members, and we will be adding more names as we grow and progress in Louisville. Click here to view the Louisville Power Poll list. If you know of others who should be included, please let me know at louisville@powerpoll.com.

Matt Bevin, the Republican incumbent running for re-election, is ranked the least popular governor in the United States, hugging the very bottom of the Morning Consult’s most current quarterly standings. An unabashed Trump ally, Bevin recently has been in the news for saying he exposed his nine children to chicken pox instead of having them vaccinated against the disease.

He has attracted three primary opponents — Robert Goforth, Ike Lawrence and William Woods — in his own party.

The Democrats also are fielding four candidates who want to be the challenger in November’s General Election.

Two of them — Attorney General Andy Beshear and former Auditor of Public Accounts Adam Edelen — represent generational change in the state party leadership, Beshear riding name recognition and a record in statewide office, Edelen staking out progressive stands and offering his own record as recommendation.

Their rivalry has generated the most heat, especially in the back and forth of campaigning, but moderate Rocky Adkins, from Eastern Kentucky and a powerful member of the Kentucky House, also is in the race ... in and out of the poll.

The fourth Democrat is Geoff Young, who has run numerous times for statewide office.

The first Power Poll survey was emailed on Monday to 250 recipients, and we had a response rate of 22 percent; 55 members responded.

Listing all eight major party candidates alphabetically, and designating the party after each name, we asked for whom the member would vote on Tuesday, primary election day.

Next, using the same listing, we asked members who they thought would win their party’s primary.

Last, we asked who among the four Democratic challengers could defeat incumbent Bevin in November.

Again, not scientific, but an interesting reading of the political barometer a few days ahead of primary voting day:

The results on the Republican side are not surprising. Bevin pulled 24 percent in the overall voting measured in the first question. None of his GOP opponents received a single vote in either question in which they factored. The governor also had 33 percent response in the second question about being his party’s nominee.

As for the Democrats, the Power Poll puts the big competition between Beshear and Edelen, with a couple of important twists:

More members said they planned to vote for Edelen — 42 percent — than Beshear — 24 percent; Adkins landed 11 percent in that response.

But the rankings were almost opposite in the next question: 42 percent said they expected Beshear to win the Democratic nomination while 20 percent predicted Edelen; Adkins was a distant third with 5 percent.

Even though he placed second in the prediction for Tuesday’s winner in the Democratic race, most respondents think Edelen could beat incumbent Bevin in the general election (49 percent), while Adkins placed second (25 percent) and Beshear third (24 percent).

Something to ponder as Tuesday approaches.

We’ll be back next month, with more members, more questions and more results.

Welcome to the Power Poll, Louisville!