When can Kentucky get back to work? Maybe this summer.

Lexington Power Poll members think the coronavirus pandemic may ease this summer, but more shutdowns could come later. And they want Gov. Andy Beshear and local officials to make those decisions. 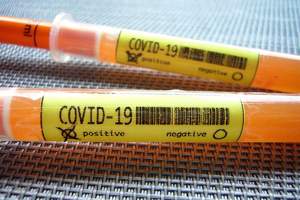 Most Lexington Power Poll members think it will be sometime this summer before Kentuckians are able to start returning to work and other activities amid the COVID-19 pandemic, but some caution that it will require a capacity for testing that medical professionals do not now have.

Members also think decisions about getting back to what is likely to be a “new normal” should be made by Gov. Andy Beshear and local officials — not by Republican legislators or President Donald Trump.

The April poll, taken between Monday and Thursday this week, got responses from 110 — 43 percent — of the Lexington Power Poll’s 253 members.

“The big gamble is opening things back up too soon and seeing another major spike in infections and deaths this fall,” said Tim Kelly, retired publisher of the Lexington Herald-Leader, “which would put us right back to where we’ve been the past month ... right before the election.”

But even after this shutdown is over, 97 members (a whopping 88 percent) think Kentucky can expect full or partial shutdowns for some period of time later this year or even next year as the virus re-emerges. Six people (5 percent) didn’t think that would happen, and seven (6 percent) didn’t have an opinion.

When novel coronavirus infections started reaching Kentucky in early March, Beshear was quick to declare a state of emergency, encourage social distancing and shut down non-essential businesses and activities. Lexington Mayor Linda Gorton, who spent her private-sector career as a registered nurse, also was quick to take the threat seriously. As a result, Lexington and Kentucky have had lower infection rates than many similar-size cities and states.

But last week, protesters began showing up at the State Capitol in Frankfort demanding an end to the shutdown. Similar protests occurred in Michigan, Virginia, Ohio and other states, egged on by right-wing activists and even tweets from Trump in contrast to his own administration’s guidelines for reopening the economy.

A month ago, 67 percent of Lexington Power Poll members thought the state and local actions were correct, and another 30 percent thought even more precautions were needed. This month, poll members are even more comfortable with what has been done on the local and state levels.

Whom do they trust most to decide when things should start reopening?  Seventy-seven (70 percent) members said Beshear, and 22 (20 percent) said local officials.

“Given the different outcomes in different geographic areas, it seems clear that the more localized decisions are made, the more impactful they can be,” said Alan Stein, a vice president at LM Communications.

Before the Kentucky General Assembly’s session ended April 15, Beshear got pushback from Republicans who control both the House and Senate. They wanted more say in when restrictions would end. They also criticized Beshear’s crackdown on a church congregation that defied state orders against gathering.

“Governor Beshear has provided clear information and strong leadership; quite a contrast from the lack of national leadership,” said Bishop John Stowe of the Roman Catholic Diocese of Lexington.

“In public health crises the value of leadership provided by government officials is only as good as their willingness to rely on public health experts and scientists,” said Graham Pohl, a retired architect.

But ultimately, even politicians won’t make the most important decisions about restarting the economy.

“Reopening businesses will involve not only the approval and guidelines offered by government entities but the public's buy-in that the correct decision was made … and each individual's confidence that they are safe and ready to resume normal activities,” said Jamie Schrader, owner of Schrader Commercial Properties. “In short, the individual consumer will determine when ‘business is reopened’ and it may be quite some time.”