September 2020 Power Poll: Yes to Vote-By-Mail, No to the Fair and Misdemeanor Jail Cells

Over 80% of respondents say Mississippi's vote-by-mail laws should be more accommodating. 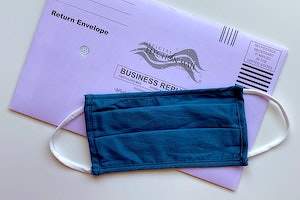 In the September 2020 Jackson Power Poll, powered by JFP Digital Services, we asked you about voting by mail, Jackson State's new football coach, the State Fair and the City of Jackson's plan to pay to place people accused of misdemeanors in jails outside of Jackson and Hinds County. Here's what you said.

Over 80% of respondents felt that Mississippi's current law -- which requires an excuse and a notary's stamp to vote absentee -- was too much for vote-by-mail. Nearly 65% believe that you should be able to vote without an excuse or notary; nearly 10% said you should have to notarized the ballot, but you shouldn't need an excuse.

Fewer people answered the question about Jackson State University naming NFL Hall-of-Famer Deion Sanders their head coach. 29% approve, saying he was a great player and should be a great coach; 13% said even if he isn't a great coach, it's a good move for JSU. No one expressed a negative opinion.

Support for the Mississippi State Fair being open for 11 days this October -- during the COVID-19 crisis -- drew a much more negative reaction; 75% of respondents disapprove, with about 19% saying they don't trust the Fair, while nearly 65% say no event like the Fair can be safe enough.

Finally, we asked what our Power Poll participants think of the Jackson City Council's plan to spend $500,000 to house people accused or convicted of misdemeanors in jails outside of the city and county. 22.5% said they weren't sure or had no opinion, while nearly 55% disagree with the plan, most saying that jailing those accused of misdemeanors is a waste of resources. Nearly 23% agreed with the plan, with 16% saying it would cut down on crime.