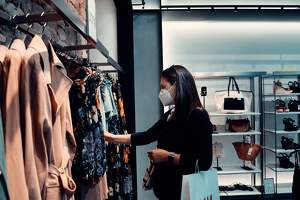 In the November 2020 Jackson Power Poll, powered by JFP Digital Services, we asked you about mask mandates, Thanksgiving travel plans and the Ward 2 race in Jackson. Here are your responses.

Our first question asked whether we should have a statewide mask mandate in the battle against COVID-19, or if Governor Reeves' current approach—county-by-county mandates—makes more sense. 82 percent of respondents prefer a statewide mandate, with 18 percent saying the county-by-county approach makes sense.

Our second question asked our poll respondents about their own Thanksgiving plans in light of the CDC's recommendations to avoid travel. 57 percent of you said your extended family would have a "distanced" Thanksgiving with people staying in their own households, while 39 percent said some family members would travel, but the celebration would be smaller. 4 percent said their family's travel plans hadn't changed.

When asked who they supported for the Ward 2 race to replace Melvin Priester on Jackson City Council, 39 percent support former Hinds County Sheriff Tyrone Lewis, while 36 support educator Angelique Lee. 25 percent said they would prefer someone else in the role.