Answers on Policing, SWAT, and a 'Safe Return' From COVID-19 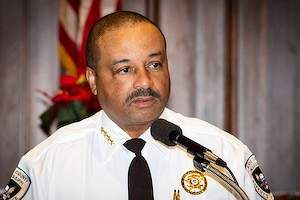 In the June 2020 Jackson Power Poll, powered by JFP Digital Services, we asked Jackson's corporate, political, and community leaders what they think on several topics. The list included the use of force by local police, the formation of a Hinds County SWAT team, the timing of the Governor's Safe Return order, and what "safe return" has been like for those polled.

Last week, the Jackson Police Department placed patrolman Myron Smith on administrative leave pending an Internal Affairs investigation into whether he dealt inappropriately with a young man when a bystander recorded the officer appearing to choke and yell at the man. In the Jackson Power Poll, 63% of respondents felt like Internal Affairs is the appropriate recourse, while 23% felt there should be a more public process for investing the police act.

Meanwhile, the Hinds County Sheriff's Department announced it's forming a SWAT team with Jackson and Byram police departments. 68% of our respondents said they support the formation of the SWAT team, while 26% said they didn't.

June 1st marked the beginning of Governor Tate Reeve's "Safe Return" executive order that opened most of the state's non-essential businesses and services, with social distancing in place, while COVID-19 concerns linger. A majority (51%) said that we should be opening slower than the Governor's timeline, while 34% agreed with the timeline. Half of those who agreed with the timeline believe we need to get the economy moving, while the other half say we need to build immunity for the virus. 8.5% said we should still only have essential businesses open right now.

We wanted to see what the experience of "re-opening" was like for our respondents, so we asked how things look out there. 17% said that all the places they had been are doing a good job with social distancing requirements, while 57% said they've experienced a mix of compliant and lax businesses. 14% said they'd been to very few compliant places and 8.5% said they'd only gotten curbside or delivery services.

Finally, we asked what our Power Poll participants' plans are for returning to the office. 28.5% of our respondents said they never stopped working in their office, and 25% said they'd worked remotely for a while, but they're already back. 26% plan to return in June; 17 percent plan to return in July or later and 3% said they planned to work from home for the foreseeable future.