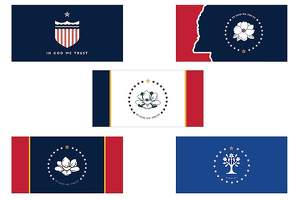 In the August 2020 Jackson Power Poll, powered by JFP Digital Services, we asked questions about college football during COVID-19, the Jackson Zoo and the changing Mississippi State flag.

We asked if Governor Tates Reeves' plan for football attendance -- 25% stadium capacity, six feet between household and masks "strongly encouraged" while seated was good enough. 46% responded that his plans are reasonable, while 23% said it was OK to play college football, but the teams should play in stadiums without fans. 23% percent were those schools playing college football in the fall.

The Jackson Zoo has recently reopened after its previous management loss accreditation; we asked if the zoo should move from its current West Jackson location. 79% of respondents felt that it should move, with 56% saying it should move but stay in Jackson's city limits, and 23% saying it could move anywhere in the Metro area. Only 8% said the zoo shouldn't move, while 13% didn't know or don't have an opinion.

Finally, we noted that the State Flag Commission created this summer to replace the Mississippi State Flag had narrowed the choices down to five flag designs and presented those to the public. (Since then, they've whittled it down to two.)

We asked what people thought of the flag designs that the commission had presented as finalists. Only 8% said that they didn't see a flag in that group they could vote for, with 5% expressing no opinion. 21% said that any of them would be acceptable, while 67% said they could vote for at least one of the designs.