June was another wild month for Idaho and US public policy, as residents navigated the overturn of Roe v Wade, inflation, and skyrocketing gas prices. As with all divisive issues, Power Poll respondents were mostly divided on how the state should react. 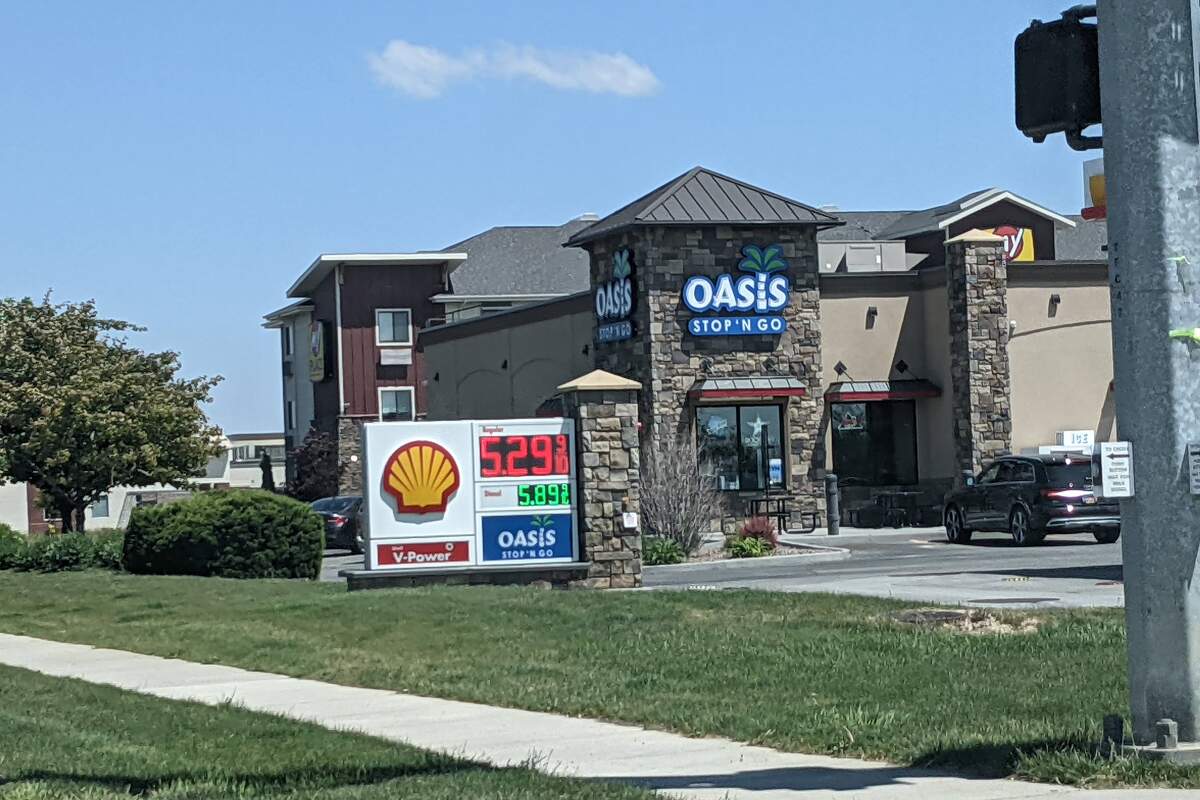 June was another wild month for Idaho and US public policy, as residents navigated the overturn of Roe v Wade, inflation, and skyrocketing gas prices. As with all divisive issues, Power Poll respondents were mostly divided on how the state should react.

For June's Treasure Valley Power Poll, we asked participants how they felt about potential state responses to gas prices, the constitution's provisions on endowment land, and Idaho's abortion trigger law.

Power Poll is a non-partisan survey organization that partners with newsrooms and journalists across the country to gauge opinions on issues affecting their communities. The poll is not a scientific survey; Rather, it measures opinions from Treasure Valley community leaders.

For most of June, gas prices in Idaho averaged higher than the rest of the nation. On Thursday, June 30, the average gas price in Idaho was $5.24 a gallon, while nationwide, the average price was $4.85. Treasure Valley prices trended higher than most of the rest of the state, with an average of $5.31 in Ada County, $5.33 in Canyon County, and $5.37 in Owyhee, Payette, and Gem Counties.

Other states have examined relief options for their citizens, with California providing checks to citizens, and Connecticut, Georgia, Maryland, and New York implementing temporary gas tax holidays. Idaho Democrats have asked Gov. Brad Little to freeze the gas tax in Idaho, prompting him to criticize those lawmakers for voting against his income tax cut bills during the 2022 session. So far, Little has not commited to any immediate action to address gas prices.

"Valley Regional Transit can provide bus passes to citizens at a subsidized cost of $22 per year," said Erin Sorensen, vice president of engineering and construction at Ethos Design. "This should be an option to help get more folks using public transportation vs. spending so much on filling up their gas tanks."

"I believe that fuel prices should be addressed by allowing the market to increase supply," said Star City Councilman Michael Keyes. "The Biden administration's war on fossil fuels should end immediately."

In mid-June, the Idaho Land Board voted to auction off Payette Lake's Cougar Island, part of the state's endowment land, despite opposition from Valley County leaders. The vote came after testimony that the state would likely make the most money off of selling the land now, as opposed to keeping it for other uses.

The Land Board is comprised of the Idaho governor, attorney general, secretary of state, controller, and superintendent of public instruction. The Idaho Constitution mandates that the Land Board make decisions to ensure the state gets the most money from that land, which goes to public schools.

We asked Treasure Valley Power Poll members if the constitutional mandate should change to add other considerations. The majority, 54 percent, said yes, while 23 percent said no. Another 23 percent said they weren't sure.

"Regarding the sale of public lands, the current policy probably made sense when our population density was much lower," said Star City Councilman Michael Keyes. "It's probably time to revisit that to see if other factors should be considered."

The United States Supreme Court ruling on Dobbs v Jackson Women's Health Organization triggered an Idaho statute that will ban nearly all abortions in Idaho, and will punish medical professionals who perform those abortions with up to five years in prison and a suspension of their medical license.

As it's currently written, only physicians performing abortions in Idaho are subject to prosecution, though some lawmakers have expressed interest in prosecuting patients who seek abortions. There are also a number of questions surrounding the statute that's in place; While there are narrow exemptions for rape, incest, and the life of the woman, some legal experts have expressed concern about ambiguities in the law, and Planned Parenthood has already sued the state to stop enforcement of the law.

Regardless of what happens with the current law, Idaho's conversation on abortion isn't over. Rep. Brent Crane, current chairman of the House State Affairs Committee, told Idaho Reports in May that he would consider legislation in his committee to ban Plan B, as well as abortifacients shipped via mail. At least one Republican who won a Senate primary, Scott Herndon, has advocated for women to be punished for seeking abortions.