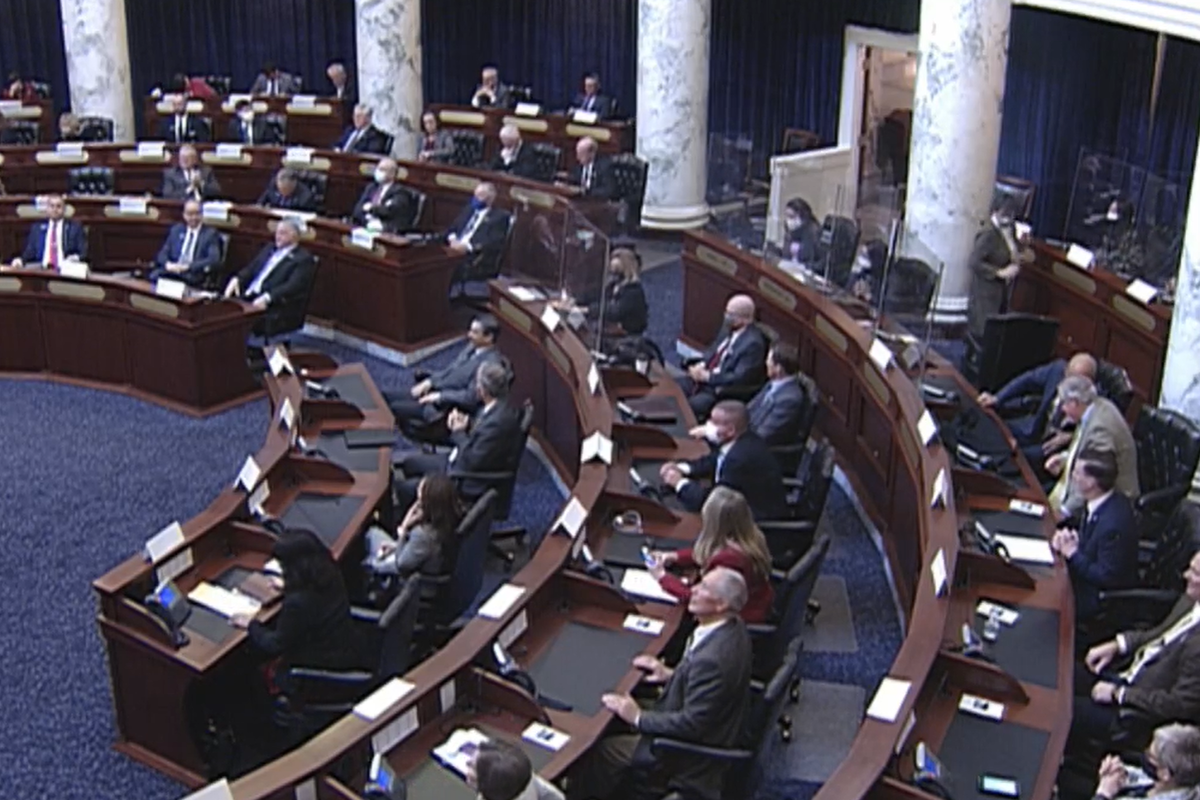 April was a wild month for Idaho policy makers, who grappled with explosive growth in the Treasure Valley, an influx of federal dollars tied to COVID relief, and contentious debates over public school budgets and critical race theory.

This month, we asked Treasure Valley Power Poll members how they felt about those issues.

This month, Power Poll participants were asked their thoughts on growth in the Boise area, who should be in charge of American Rescue Plan Act funds, and if the Idaho Legislature should tie education funds to a ban on social justice curriculum.

According to census data released Monday, Idaho was the second-fastest-growing state between 2010 and 2020, behind only Utah. That news was no surprise to residents of the Treasure Valley, who have seen skyrocketing housing prices and increased traffic congestion in the last few years.

A survey released in April by Boise State University’s School of Public Service showed 78 percent of respondents thought that the Treasure Valley has grown too fast.

But Power Poll participants see it slightly differently. Just 56.7 percent agreed or strongly agreed that the growth has been too much, too quickly. Twenty-seven percent were neutral, while 13.5 percent disagreed and 2.7 percent strongly disagreed.

Last year, Republican lawmakers in the House and Senate publicly criticized Gov. Brad Little for not calling the Legislature back for a special session to give input on CARES Act appropriations.

This year, with an eye toward the $2.2 trillion American Rescue Plan Act passed by Congress in March, Idaho’s legislative majority leadership said lawmakers want a bigger say in how that money is appropriated. Options range from going into recess over the summer to asking Little to call the Legislature back for a special session.

The majority of Power Poll respondents don’t think that’s a good idea. When asked if they agreed or disagreed with the Legislature’s desire to be in charge of ARPA funds, 43.2 percent said they disagreed, and another 29.7 percent strongly disagreed. Just 16.2 percent agreed, while no one said they strongly agreed. 10.8 percent were neutral.

Idaho will receive an estimated $2.2 billion share of ARPA funds, and while the state has until 2024 to spend most of it, a few pots of money must be appropriated in the next couple of months. The Joint Finance-Appropriations Committee has already tackled some of those urgent issues, giving $10 million for vaccine administration, $14 million for energy assistance and $3 million for a water assistance program. Those appropriations have passed the Senate and await approval by the House.

But that’s where the major roadblock awaits. Influential conservative House members have already shown their distaste for the state accepting ARPA funds, with Rep. Ron Nate, R-Rexburg, and others urging their colleagues to vote “no” on all ARPA appropriations. Those arguments, along with concerns about COVID-19 mitigation efforts shutting down public schools, helped kill a $40 million ARPA appropriation Tuesday. That money would have funded COVID-19 testing in public schools.

COVID-19 shut-downs aren’t the only education-related controversy Idaho faces. This session, the Legislature has attempted to tie funding for public schools and higher education to social justice issues, reducing higher education budgets after accusations that teachers and administrators are “indoctrinating” children.

In mid-April, the House killed the budget for public school teacher pay on a tie vote, with budget committee member Rep. Wendy Horman, R-Idaho Falls, telling fellow House members the legislature must make sure no funding goes to curriculum or training related to critical race theory or social justice issues. The remaining public school budgets lingered on the reading calendar while House Republicans tried to find a compromise.

After multiple proposals from conservative lawmakers, including one bill that critics said would ban books discussing racism and controversial ideas, lawmakers passed House Bill 377, which says educators must not compel students to agree that any race, sex, or national origin is inferior to any other, nor are they inherently responsible for actions committed in the past. The bill prohibits public money from going to any programs that teach those tenets.

Of the Power Poll members surveyed, the vast majority -- 67.6 percent -- strongly disagreed with the approach, and another 8.1 percent disagreed. Just 5.4 percent agreed, and 8.1 percent strongly agreed, while 10.8 percent said they were neutral.

Little signed the bill on April 28, but said in a transmittal letter that he was unhappy with the Legislature’s budget-setting delays and the undermining of trust in educators.

“The process that has produced this legislation over the past few weeks sends the wrong message to Idaho teachers, parents, and students,” Little wrote. “It has been nothing short of a distraction from meeting our constitutional and moral obligations to public education in Idaho. It is time to get back on track.”

After the governor signed the bill on Wednesday, the House passed a number of public education bills on Thursday, breaking a legislative logjam that has contributed to the 2021 session being one of the longest in the state’s history.

One remaining issue: The higher education budget, which funds Idaho’s four four-year public colleges and universities. Expect the Legislature to take that up the first week of May.