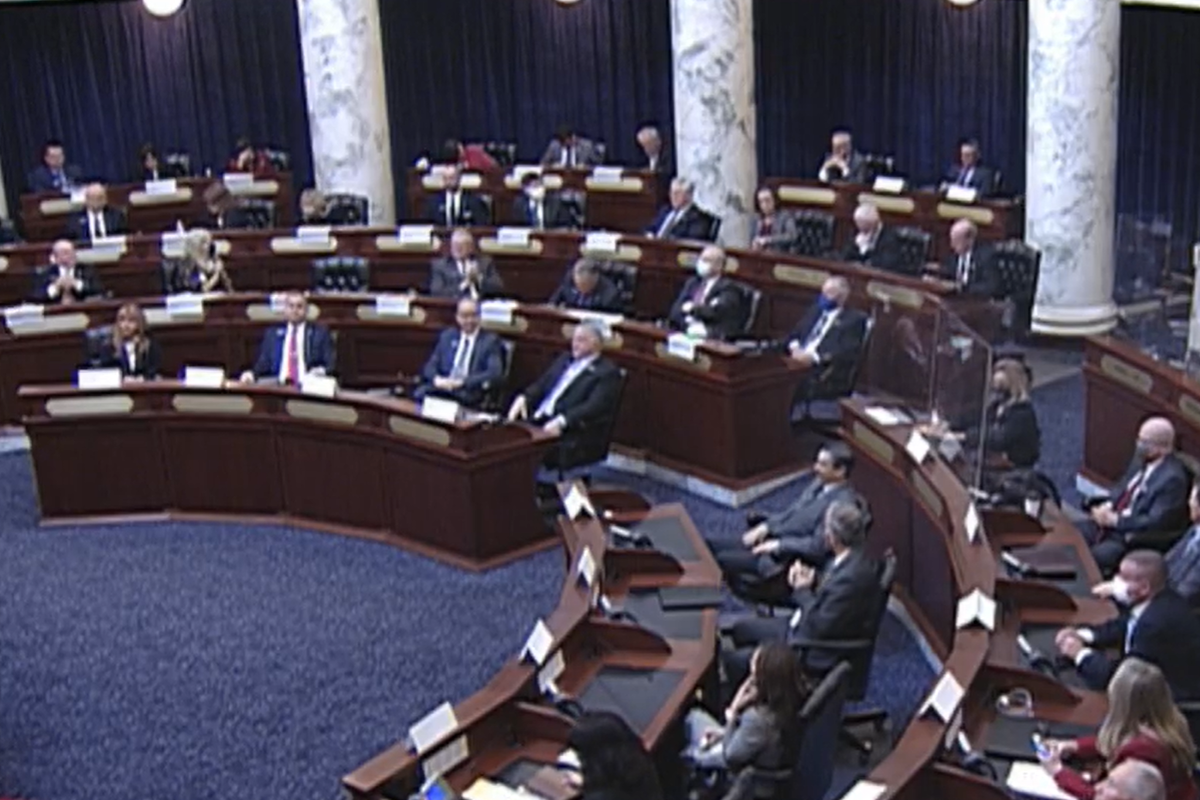 Power Poll respondents feel strongly about allowing unaffiliated voters to join political parties the day of primary elections, but have mixed feelings on testing their vehicles for pollutants.

Currently, just two Idaho counties require emissions testing: Both of those counties, Ada and Canyon, are in the Treasure Valley.

Senate Transportation Committee chairwoman Lori Den Hartog, D-Meridian, is sponsoring a bill to set the stage for ending testing requirements. The bill would end those requirements in summer of 2023, but would allow other areas of the state to set their own standards if they deem air pollutant levels too high.

Den Hartog told the Transportation Committee the proposal was largely inspired by a high compliance from vehicles in Ada and Canyon Counties. Newer vehicles have lower emissions, she said, and high emission vehicles that triggered EPA regulations years ago are mostly off the road.

If the legislation passes, it doesn't mean Idaho wouldn't have any regulations. The bill would require the Idaho Department of Environmental Quality to review air quality every year. If those levels hit 85 percent or higher of federal air pollutant levels for certain particulates, such as nitrogen dioxide or sulfur dioxide, it could trigger other regulatory measures.

"As for emissions testing, with so many vehicles passing, it might be appropriate to suspend testing, but the statutory mechanism for testing should be left in place in case testing needs to resume at some point," said Sen. Grant Burgoyne, D-Boise.

With a high-profile primary election fast approaching, the public's attention is turning toward the upcoming May primary.

The Legislature is no exception. One proposal would drastically alter who is able to pick candidates in the primary election.

Troy withdrew her support from the bill shortly after introducing it at the beginning of the session in January, but Rep. Doug Okuniewicz, R-Hayden, stepped in as the sponsor.

During floor debate, Okuniewicz pointed out that affiliated voters in other parties have a March deadline to switch allegiances before the May primary. This bill would stop the state from treating unaffiliated voters differently, he said.

But opponents said Idaho's 300,000-plus unaffiliated voters don't always know which primary they might want to participate in, or fully understand the rules for closed primaries.

The House has passed legislation to put an 11-month pause on taxing districts that wish to re-run a failed bond request. The bill now goes to the Senate.

School districts across the state have opposed the bill, pointing to districts' reliance on bonds for new facilities, as well as the high threshhold to pass the funding approval. In Idaho, bonds, which add to a taxing district's debt, must get a two-thirds majority to pass; Supplemental levies, paid for with additional taxes, need 50 percent.

"Historically, this school districts who send a repeat request to voters received over 50 percent support but need to go again to reach the 2/3 majority bar," said Boise School District Board of Trustees member Nancy Gregory. "This is the only way districts can fund replacing aging buildings or build new buildings to meet the demands of growth. Making bonds requests to voters is never lightly considered. It is the result of careful study and long range planning."