Healthcare Power Poll leaders weigh in on where to cut costs 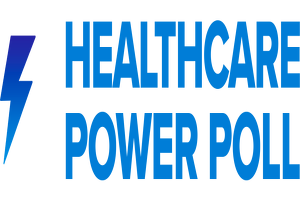 In July, President Trump lauded a proposal from Senators Grassley and Wyden to lower the price of prescription drugs. Just last week Speaker Nancy Pelosi announced a House-backed plan that goes even further.

We wanted to know how you felt about drug prices and about solutions to the escalating costs of those drugs, not just the newest blockbusters but long-established staples of America’s pharmacopeia, too.

We wondered whether you saw controlling prescription drug prices as a higher or lower priority in managing the cost of the nation’s healthcare. Only about one in seven of our respondents thought reducing drug prices was the best prospect for controlling healthcare costs.

According to our panel of healthcare leaders there were two more promising approaches to managing healthcare costs. Just under 25% thought eliminating unnecessary or duplicative care was a more powerful tool. A similar 25% saw moving to a single payer system as the most effective strategy.

Innovation in value-based payment was the third most preferred strategy nudging controlling the cost of prescription drugs to fourth.

While a great deal of policy and political energy has been invested in drug prices, our panel of healthcare leaders see other strategies offering greater savings and greater certainty of success.

When it came to which approaches to moderating drug prices would work best, a stunning 86% chose government price setting mechanisms as the best short-term method, with 48% recommending indexing to international market basket rates and 38% enabling Medicare to negotiate prices. A much smaller group advocated for reducing the period for intellectual property protection.

When asked which of these strategies would prove most effective in lowering drug prices over the next two decades, the panel selected a broader range of options. While government negotiation was still the strategy chosen by the majority (54%), 20% recommended adjustments to intellectual property protections and 14% suggested allowing the federal government to assert ownership rights when the drug was developed in whole or in part through federal research grants.

The topline? Drug prices are problematic. Controlling them will help us better manage overall health care costs as a nation. But drug price control is not as important as management of ineffective and redundant care and better rationalizing and streamlining payer intermediaries through plans like a single payer system.