Yes to Fines for Those Who Don't Wear Masks 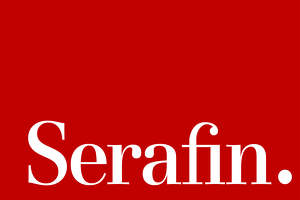 As we move into mid-summer, COVID-19 cases are on the rise, school leaders face difficult choices about the fall and Serafin Power Poll members contemplate the most pressing issues facing our city.

While the Chicago Teachers Union is calling for remote learning this fall, a majority of respondents in the July Serafin Power Poll said Illinois schools should partially or fully re-open.

Each Illinois school district must come up with its own plan for handling the fall semester, with officials facing complicated choices and juggling sometimes conflicting interests as they decide how our education system will function while keeping teachers, students and staff safe. The opinion of Power Poll respondents was clear, with a vast majority backing a partial or full return to the classrooms.

As Chicago grapples with a dramatic increase in violent crime, our poll results point to increased economic opportunities in underserved areas as an important solution.

Our survey showed strong support – 65.25 percent – for increased economic opportunities in underserved areas as a way of dealing with this pressing problem. Others favored more police officers in the neighborhoods or redirecting police funds to community organizations. Only a small percentage of those surveyed said increased jail time for offenders was the best solution.

Municipalities across the country have imposed fines for those not wearing masks. Chicago’s civic and business leaders strongly think Chicago should consider doing the same. More than 70 percent of respondents said there should be fines levied on people who refuse to wear masks.

Yes, the pandemic is still with us, but so is summer for at least a few more weeks. We asked our members what they were planning to do for summer break and most said they were staying home instead of traveling. Those traveling leaned heavily toward a road trip to a safe rural area. Apologies here to our friends in the airline industry, but only a small fraction of Power Poll respondents said they would fly to visit family and friends.

Whether you’re flying across the country or staying in sight of your couch, Team Serafin hopes you’re able to take some time and enjoy the summer.

A total of 929 Serafin Power Poll members were surveyed. The participation rate is 12.7%. The Power Poll is not a scientific poll. It is, however, a fascinating and non-partisan glimpse into the attitudes and opinions of the decision-makers and thought leaders in the Chicago region.