An Optimistic View of the IL Economy 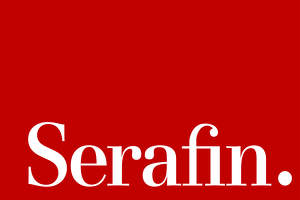 Many respondents in the inaugural Serafin Power Poll said increased economic opportunity, and a stronger dialogue about racial inequality, are important steps in addressing questions raised by the death of George Floyd and the subsequent protests rocking the country.

We also asked what civic and business leaders thought about another of the most pressing issues of the day: Illinois’ potential for economic recovery from the impact of the COVID-19 pandemic.

On that question, our respondents are optimistic, with a majority believing that Illinois will bounce back within one to three years, with fewer than 14 percent saying it will take more than five years for recovery.

Finally, we took the pulse on a subject dear to the hearts of many: baseball. Seems like everyone is ready for some relief!

Question 1: The protests sparked by the death of George Floyd have reverberated in Chicago and around the country. What needs to be done to address the questions raised by these events? Please rank from 1 to 4, with 1 being the most important.

Question 2: Now that businesses are starting to reopen after a decline in COVID-19 cases, how long do you think it will it take for the Illinois economy to recover?

Question 3: On a lighter note, do you believe an abbreviated Major League Baseball season beginning in July could be good for our city?

A total of 782 Serafin Power Poll members were surveyed. The participation rate is 12.28%. The Power Poll is not a scientific poll. It is, however, a fascinating and non-partisan glimpse into the attitudes and opinions of those individuals who essentially run the city.

Clearly these are unusual times. A pandemic is prompting fears of another Great Depression, while our country is experiencing racial tensions not seen since the 1960s.

Many of us are looking for better solutions to easing racial tensions, calming the unrest with better understanding and communications, a lifesaving vaccine for the pandemic and a return to economic prosperity that many of us took for granted only a few months ago.

This is our world’s state of mind as we ask our civic leaders to weigh in on their vision of these times.

Those leaders who responded to our poll ranked: increased economic opportunity as the most crucial to dealing with this pressing problem.

The next largest group said: a stronger dialogue about racial inequality and criminal justice reform are top priorities.

A small number (less than 10 percent) said: the issues could be better addressed with a stronger emphasis on law and order.

Illinois’ economy has been particularly hard hit by the COVID-19 pandemic.

Our survey showed strong hope there will be a speedy economic recovery in our state: only a small percentage of those surveyed believe Illinois’s economic recovery will take more than five years, with more than half saying Illinois could be back in one to three years.

Chicagoans seem to be keeping a close eye on negotiations to start the Major League Baseball season: nearly 80 percent said a season beginning as soon as July would be good for our city.

Cubs fans seem to be particularly anxious to sing “Take Me Out to the Ballgame.” Almost fifty percent of our respondents said they can’t wait for the Cubs to return to Wrigley. Along with Mayor Lori Lightfoot, this baseball fan cannot wait to see the Sox start their inevitable playoff run!

Thanks to all those who participated in the inaugural Serafin Power Poll,
Thom
serafin.com