The latest San Jose Inside Power Poll finds widespread concern for the state of downtown as it emerges from the depredations of the pandemic. 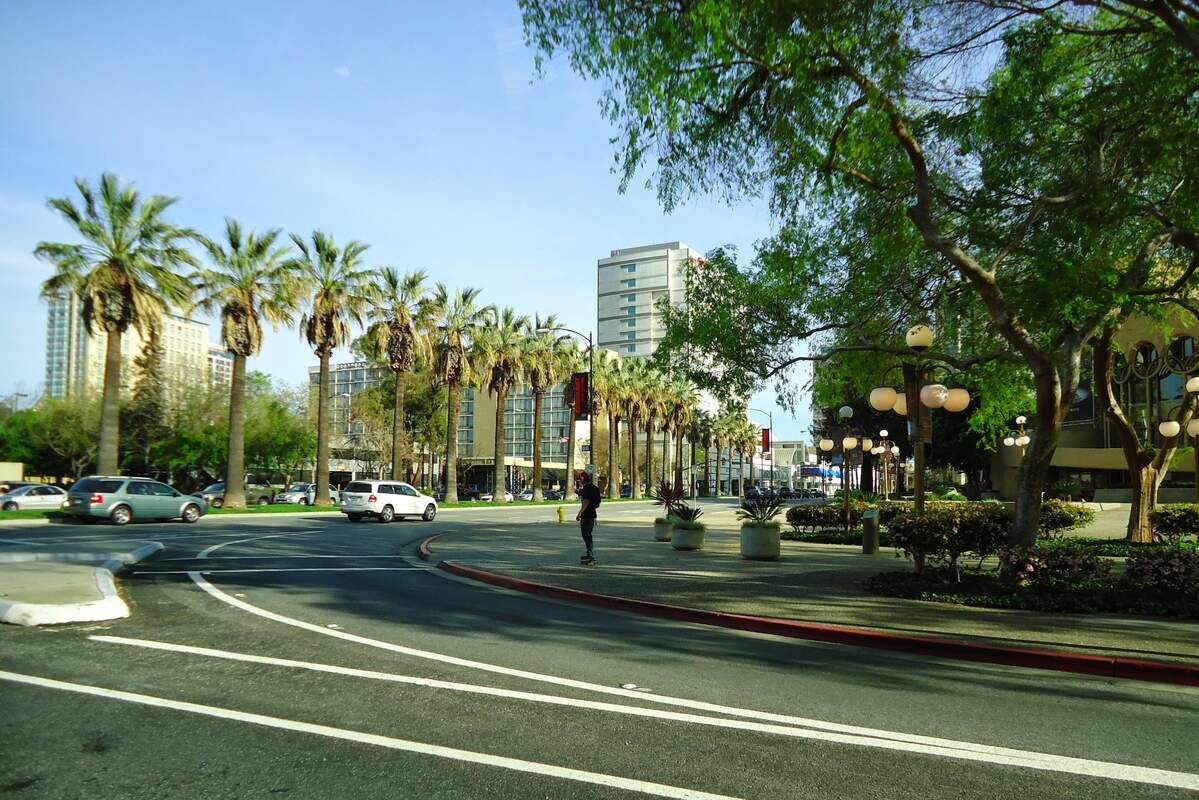 A majority of respondents in the latest San Jose Inside Power Poll see room for improvement in the state of Downtown San Jose.

Almost half of all participants disagreed or strongly disagreed with the proposition that “downtown is faring wonderfully.”

Six out of ten rated downtown’s cultural offerings at fair or poor, and more than two thirds giving the same grade to downtown’s residential amenities and quality of life—including its cleanliness.

In dozens of comments addressed to the incoming CEO of the San Jose Downtown Association, many respondents said they would like to see a renewed focus on homelessness, blight, crime and the need for more family-friendly activities.

The Downtown Association recently hired Alex Stettinski of the Downtown Reno Partnership to succeed Knies. What would you like the association’s new CEO to know about downtown San Jose?

Our open-ended inquiry about the state of downtown produced dozens of passionate answers—by far the most direct feedback to any question we’ve ever asked.

Welcome to San Jose, Alex; here is what the members of the San Jose Inside Power Poll would like you to know:

“Best wishes to Scott Knies on his retirement,” wrote one panelist. “He succeeded in keeping downtown open and available during one of the most challenging times in recent history. Here's the problem with Downtown San Jose: generational failure to act aggressively on anything. 1. NO one is willing to deal with the unhoused issue including their obvious uncomfortable issues; crime, verbal abuse, trash. 2. NO public places to gather (think "where would people congregate if the Sharks won the Stanley Cup?") 3. A downtown that's pretty small bisected by traffic and useless public transit...not very easy to visit. 4. HORRIFIC SIGNAGE...let's make it perfectly clear about defining our public spaces (ex: make "SOFA" much more identifiable. Where are the public SOFAs?)”

The subjects mentioned most of all by panelists were homelessness, blight and crime:

“Businesses, the city and county must work together to solve the unhoused problem in downtown SJ, with a particular focus on services for the mentally ill,” wrote one panelist, echoing the concerns of many. “The current state of this issue is, and has long been, completely unacceptable.”

“Keep a relentless focus on the basics—clean and feel safe,” said a third. “Appreciate the developers/investors/business owners/employers who have stayed committed to downtown despite pandemic, recession worries.”

“There is a feeling of blight and a lack of energy that has always been present,” one voter wrote. “The fact that Santana Row, outside the core, has had such success is a bit disturbing. Let's bring energy to the downtown!”

“More people isn’t the answer,” wrote one. “We’ve been hearing that for 30 years. Parking is crucial for small businesses. People who live in downtown leave to go to restaurants etc. in Campbell and Santana Row. Find a solution for people living on the streets that doesn’t include just moving them to another neighborhood in downtown.”

“We need to push for more residential in the downtown core, as well as more foot patrols to make it clean and safe,” one panelist wrote. “There needs to be more parks/open space/activities for kids under 10 in the core. Marketing to project to the Bay Area that San Jose is the place to be!”

“Improvements should be made for a family pedestrian experience,” added another. “Rarely do I see young families engaged and enjoying downtown.”

“We need to address safety—both reality and perception—and cleanliness. We need more family friendly restaurants and activities, and we need basic amenities like a drugstore chain.”

Yet many of those who commented also acknowledged the reality that progress downtown depends on the cooperation of a complex network of entities.

“Scott has done a fabulous job,” one voter said. “He has been relentless in making clean streets a priority and other achievements. Activating the long-boarded-up buildings and getting the homeless into shelter will require the city’s help.”

Indeed, several respondents explicitly faulted the city for its perceived lack of leadership:

“Very hard to realize improvement plans for business or the overall area because City Hall is just a collection agency to support itself, not a partner,” one panelist wrote. Another added: “City officials are obdurate, often insensitive, and take pride in resisting development of downtown property in their respective fiefdoms. They seem to relish in their powers of obstruction and are generally not facilitative.”

Finally, some respondents offered Stettinski guidance about how he should approach his new position:

“Meet as many people in person as possible,” one voter advised. “Take time to understand how things work and who makes things happen. Set some goals and make a plan to achieve them. Don't go it alone. There are lots of resources and people available, not all of them in the SJDA. I wish you the best.”

“Downtown SJ is in a perpetual state of ‘improving’ or ‘developing,’” one voter wrote. “And as soon as it looks like we’re about to turn the corner, a recession or other economic downturn hits and we press pause, only to further calcify the hard-to-fix problems. I don’t expect much from DTSJ because it never seems to reach its full potential.”

“Many have tried; none have succeeded,” one panelist wryly observed. “Good luck!”