What does Huey Newton share with Junípero Serra and Thomas Jefferson?

Despite their character flaws, Oakland Power Poll panelists say that all of them deserve historic recognition. 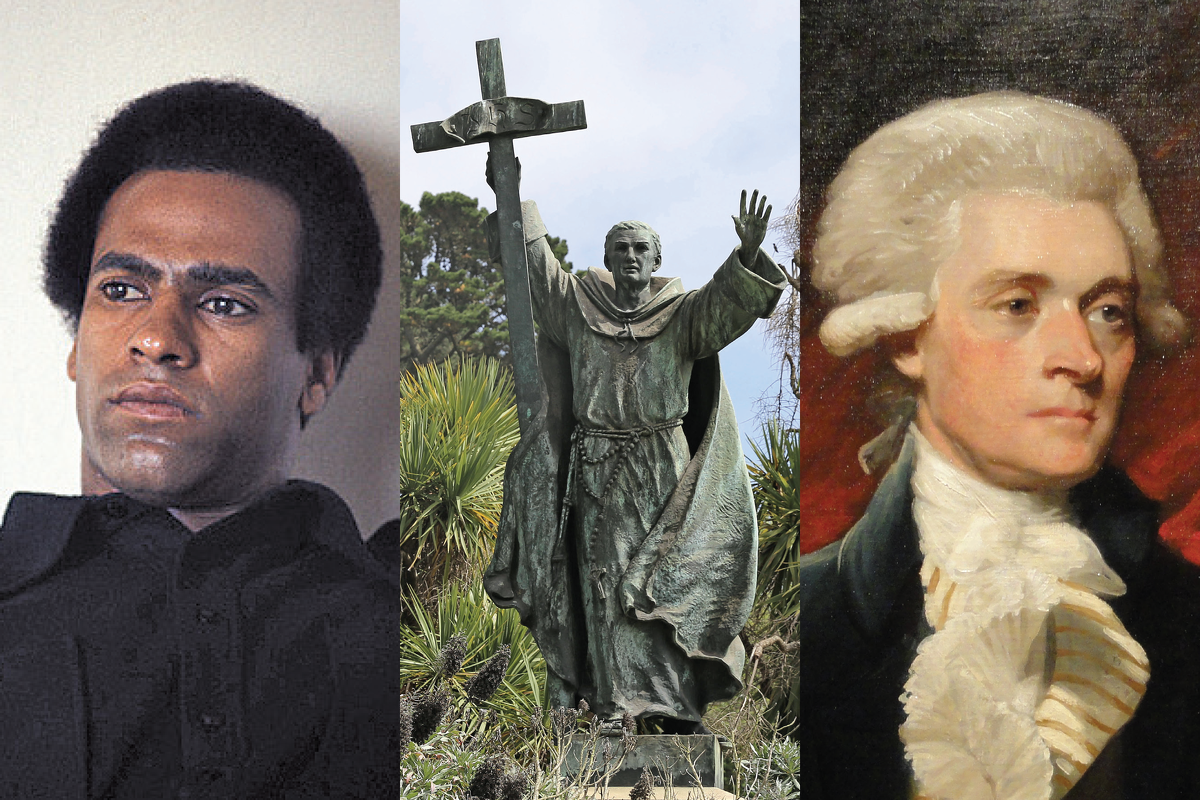 In response to the public installation of a bust of Black Panther cofounder and acquitted murder suspect Huey P. Newton, 61 percent of Oakland Power Poll respondents with an opinion said they believe that historically significant people deserve recognition — flaws and all.

Finally, panelists had no strong preference for any of the proposals to modify D grades that are considered “passing” by Oakland public high schools yet make students ineligible for admission to four-year state universities.

On Oct. 24, at the intersection of Mandela Parkway and what is now known as Huey P. Newton Way, a bronze bust of the late co-founder of the Black Panther Party was publicly unveiled as the mayor and other public officials celebrated “Dr. Huey P. Newton Day.” What are your thoughts about this?

New state laws and pressure from Gov. Gavin Newsom and Attorney General Rob Bonta have ratcheted up the tension between state and local officials over housing. What do you think about the state making local governments build more housing?

Housing crisis or no, local control should remain paramount — 25%

Although Alameda County transfers very few jail inmates to federal immigration detention, the sheriff’s office occasionally works with U.S. Immigration and Customs Enforcement, which puts it at odds with most other Bay Area counties. Should the county cooperate with immigration officials?

Yes, sheriff’s deputies should cooperate to the extent allowed by state law — 38%

Jails should occasionally help ICE, but only in cases involving serious crimes — 34%

Vice Mayor Rebecca Kaplan has proposed prohibiting the city from testing current and prospective employees for marijuana use unless they are suspected of on-the-job use, or the testing is required by the federal government. What do you think?

That just makes sense; we don’t test workers for alcohol use — 55%

The city’s existing testing should be left in place — 38%

The Oakland Unified School District is considering eliminating the high school grade of D, which it considers “passing” but which makes students ineligible for admission to four-year state universities. Which of these policies do you support?

No changes are necessary — 32%

Students who don’t get an A, B or C should receive an incomplete — 18%

Grades below 70 should be considered failing — 14%

At a time that U.S. communities are renaming institutions and warehousing statues of historically accomplished people who also owned slaves or were racists, Oakland sure picked an interesting time to erect a bust and rename a street after Huey P. Newton.

Under Newton, the Panthers opened food banks and medical clinics, and aided low-income students and prison inmates. Yet, Newton also was involved in a shootout in which a police officer died, and accused of murdering two women and brutally assaulting his tailor — although he was never ultimately convicted for any of the alleged crimes.

Although more than a third of Power Poll participants had no opinion about the matter — probably due to the historic nature of Newton’s accomplishments and infamy — those who did venture an opinion seem comfortable with the notion that history is not black or white. Almost 61 percent of panelists with an opinion said that historically significant people with flaws are nonetheless deserving of recognition. Almost 22 percent said Newton has long deserved recognition in Oakland, while just 17 percent considered him unworthy of tribute.

Consider what might happen if this “Newton doctrine” were applied to other cases involving historic figures with mixed legacies. The proselytizing Serra and slaveholding Jefferson might pass scrutiny, given their undeniable accomplishments. Not so much John Henry Boalt, whose name wound up gracing the venerable UC Berkeley law school solely due to a charitable donation from the virulent racist’s widow.

By a three to one margin, our voters support the proposition that “state pressure is necessary to force local governments to do their job.” And given that our panelists are no doubt far more likely than the average local resident to live in neighborhoods that have historically fought to block the construction of multi-family homes in their midst, this clearly represents a sea change in local attitudes regarding housing.

If the Huey Newton answers didn’t sufficiently demonstrate our panel’s ability to handle nuance, perhaps their responses to our question about local cooperation with federal immigration officials will do the trick. Three distinct positions — which could be summarized as “always cooperate,” “sometimes cooperate,” and “never cooperate” — all received support from roughly a third of our participants. When you add it up, what that means is that 62 percent of all respondents see the wisdom in NOT routinely turning over all detainees wanted by ICE, yet 72 percent believe in handing over detainees suspected of serious crimes.

Almost three in five respondents support Vice Mayor Kaplan’s proposal to stop testing existing and prospective city employees for cannabis use unless it’s required by the federal government or they are suspected of toking on the job. But 41 percent are not so sure about that.

It’s hard to draw many conclusions regarding panelists’ opinions about OUSD’s inquiry into the plight of students who pass with a D but can’t get into a UC or CSU. Yet the status quo polled strongest, with respondents suggesting that perhaps there is nothing wrong with a D student graduating from an Oakland high school but then not going into debt at a four-year university.