Latest Oakland Power Poll supports a ban on most street RV parking, and support for less tolerance and more action regarding the problem 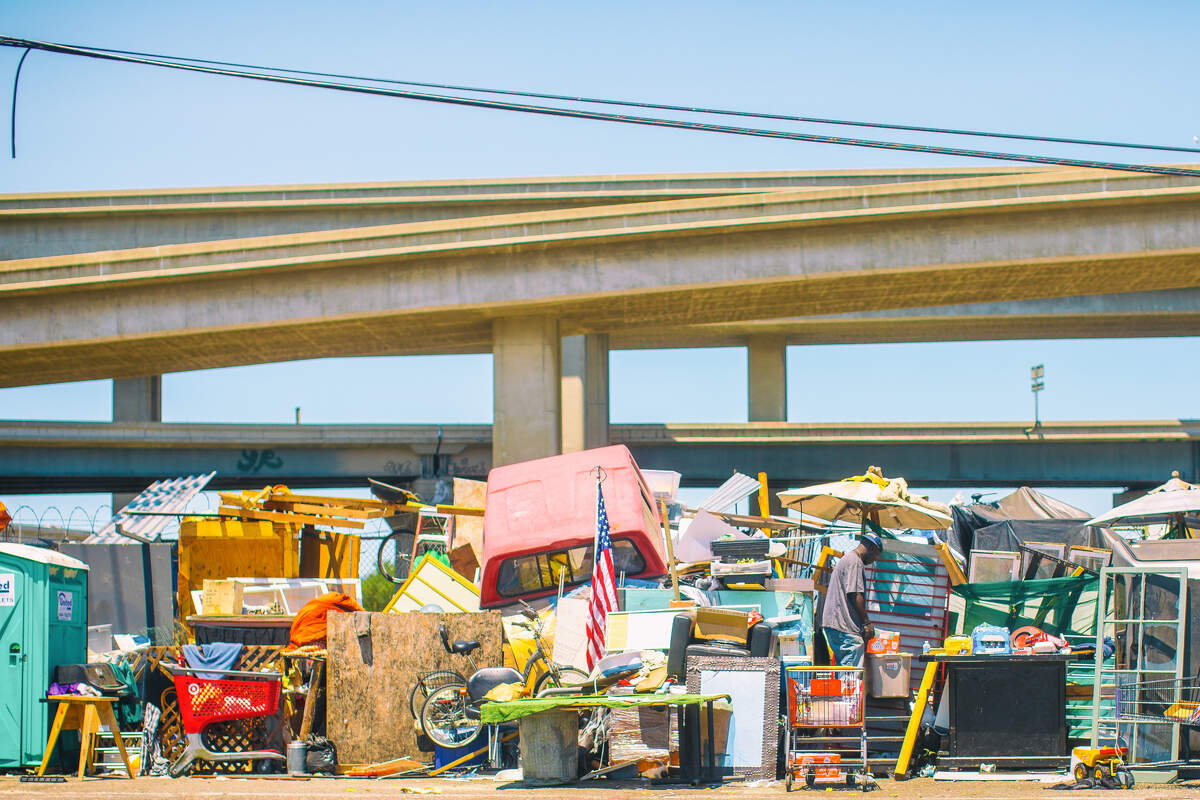 Respondents in the latest Oakland Power Poll overwhelmingly support a proposal to ban RVs and other large vehicles from parking on most residential streets.

Panelists also support a variety of other measures to combat homelessness, including enforcement of existing laws that prohibit long-term street parking, the creation of more housing for the homeless, and more funding for programs that address mental illness and substance abuse.

And while voters display no moral qualms with the city housing the homeless in modified storage sheds, they do believe that such housing should be more fire resistant than the units recently gutted in a fast-moving fire at an encampment near Lake Merritt.

On other topics, roughly 60 percent support a city council proposal to increase business taxes on the largest companies while cutting rates for most of the rest. Respondents don’t appear to be fans of efforts to cut gasoline taxes in response to high oil prices. And a solid majority believe that the state’s ban on pandemic-related evictions discriminates against landlords and should expire.

Councilmember Noel Gallo has proposed an ordinance that would prohibit RVs and other large vehicles from parking on streets with a width of 40 feet or less. The proposal would affect many of the more than 1,000 people believed to be living in vehicles on city streets. Gallo calls such vehicles hazards and notes that their associated debris often forces pedestrians into busy streets. But homeless activists call such measures cruel. What do you think? Rank the statements you agree with, with 1 being your highest priority:

Oakland should enforce its existing rules against parking for more than 72 hours — Score 5.3529, 13

Oakland is squalid because city officials lack the nerve to deal with this problem — Score 5.1176, 13

Roads are not an appropriate place for homeless encampments — Score 5, 11

This would be fine if the city helped the affected community relocate — Score 4.7059, 11

The city is not doing enough to create new housing opportunities for the homeless — Score 4, 10

Homelessness has many causes, but excessive tolerance is one of them — Score 3.1176, 10

Vehicles that are dwellings should not be towed or ticketed because it adds to homelessness — Score 3, 8

Fire recently tore through a city-sanctioned homeless encampment that uses shelters constructed from fiberglass-reinforced plastic and foam. The encampment near Lake Merritt is one of several that the city has deployed in an effort to expand the supply of housing for its homeless residents. How should the city respond to this blaze? Rank the statements you agree with, with 1 being your highest priority:

Because fires are frequent at homeless encampments, the housing should be more fire-resistant — Score 4.75, 12

The solution is more funding for programs that address mental illness and substance abuse — Score 4.6875, 11

The city should build or buy real housing for its homeless population — Score 4.4375, 10

Alameda doesn’t have a homeless problem; we should emulate its policies — Score 3.5, 9

Greater security is needed at encampments to prevent such fires — Score 2.375, 7

Homeless residents are lucky to have such accommodations — Score 1.3125, 5

Councilmember Nikki Fortunato Bas wants the city to raise an estimated $40 million per year by making large companies pay more in business taxes than small ones. Backers say it would increase taxes for the largest 3 percent of companies while leaving rates intact or cutting them for the other 97 percent. The proposal also would levy a new tax on large companies headquartered in Oakland. Which statement best describes your position?

Large businesses are finally moving to Oakland. Let’s not mess that up — 35%

In the wake of record-high gasoline prices, legislators and executives of all political stripes have proposed a variety of gas tax moratoriums. Gov. Newsom’s proposal is a novel one, and would involve $400 debit cards to people who own gas- or electric-powered vehicles along with a freeze on gas tax increases and three free months of free public transportation. What do you think? Rank the statements you agree with, with 1 being your highest priority:

A gas price shock is exactly the jolt the world needs to go electric — Score 4, 9

Our environmentally enlightened state should not pander to fossil fuel consumers — Score 3.1333, 9

The high price of gasoline is contributing to inflation, which is bad for all of us — Score 3.0667, 7

For the health of the planet, people with long commutes must change their lifestyle — Score 2.5333, 7

California legislators are poised to extend the state’s pandemic rent-relief program because the money has been slow to flow to tenants and landlords. The measure would shield delinquent tenants from eviction for another three months while the state processes their paperwork. Which statement best describes your position?

The eviction ban discriminates against landlords and should be ended — 57%

This seems like a reasonable solution to a challenging problem — 43%

Respondents appear to be fed up with homelessness. While more than 70 percent support Councilmember Gallo’s proposal to ban RV parking on most city streets, more than 76 percent blame city inaction for the city’s raggedly appearance and desire enforcement of the existing ordinance prohibiting on-street parking exceeding 72 hours.

More than half of respondents believe the city’s tolerance of homelessness is excessive. Clear majorities want Oakland officials to prevent encampments from spilling into streets and emulate the less-tolerant approach of its island neighbor.

And yet, voters also support more services for the homeless, specifically housing and services for people suffering from mental illness or substance abuse. Panelists also believe that city-provided housing should be more fire-resistant.

Though our panel no doubt overrepresents those corporations most likely to end up paying more business taxes under Councilmember Bas’ proposal, almost three out of five respondents believe it looks like an equitable way for the city to raised another $40 million per year. That suggests the proposal is politically winning. As for its economic effectiveness, check back in the event of its passage.

Even as politicians from both sides of the political spectrum race to lower gas taxes, the members of our community have major reservations with such policies. Panelists understand the political conundrum that rising gas prices pose for our typically environmental governor. Almost 59 percent appreciate the way that Newsom’s proposal balances the political need to do something with the environmental imperative to not lose ground on climate change.

But that’s the end of members’ support for measures to ease the burden of gas taxes. Some 41 percent of voters believe that people with long commutes need to change their behavior, where just 35 percent believe that the state should cut gas taxes without simultaneously promoting transit. Most notably, 53 percent believe that a good gas price shock is just the kind of jolt the world needs to further encourage the transition away from gasoline to electricity.

Oakland Power Poll is not a scientific poll. Rather, we ask questions of influential people with a wide range of viewpoints to help advance informed dialogue about the city. Power Poll is studiously non-partisan