The Statesman Power Poll surveys hundreds of influential Central Texas leaders in government, business and community organizations monthly about news and issues. More than 800 members were surveyed and nearly 200 responded.

The first question we asked members addressed the reopening plan for bars in Texas: Do you agree with Gov. Abbott’s decision to allow county judges to decide whether to permit bars to reopen?

Texas Gov. Greg Abbott has faced pressure to allow bars to reopen as the coronavirus pandemic continues. After shutting down in the spring, bars reopened shortly before Memorial Day in May. A surge of coronavirus cases followed soon after, and the governor ordered bars closed weeks later. In October, Abbott issued an executive order allowing bars to reopen at 50% capacity under the discretion of county judges. Only five regions in Texas were not allowed to proceed with reopenings due to their level of coronavirus hospitalizations. In Central Texas, both the Williamson and Bastrop county judges permitted bars to reopen, but Travis County Judge Sam Biscoe has not.

The second question we asked members concerned the state’s controversial attorney general: Amid allegations of bribery, do you believe Texas Attorney General Ken Paxton should resign?

In October, multiple aides in the Texas attorney general’s office issued a letter accusing the state’s top lawyer of bribery and abusing his office. The American-Statesman reported the charges stemmed from how Paxton handled a case involving Austin investor Nate Paul, whose company is currently under federal investigation due to foreclosure proceedings. In the letter, Paxton’s aides say he acted improperly by appointing a Houston lawyer as a prosecutor and gave preferential treatment to Paul’s case. Paxton has since rejected calls for him to resign.

The final question asked Power Poll members: Who will you be voting for in the 2020 presidential election?

Amid a surge in turnout throughout the state’s major metro regions, national attention to turning to Texas as polling suggests a closer-than-anticipated presidential race. Democratic Vice President candidate Kamala Harris will take a last-minute tour of Texas on the final day of early voting. In Central Texas, more voters have cast ballots during the 2020 early voting period than the total number of votes cast in the 2016 election. 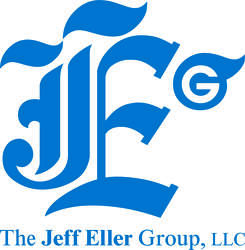